The Game That Saved Baseball in Seattle

On October 8, 1995, the Seattle Mariners played the New York Yankees in the Kingdome 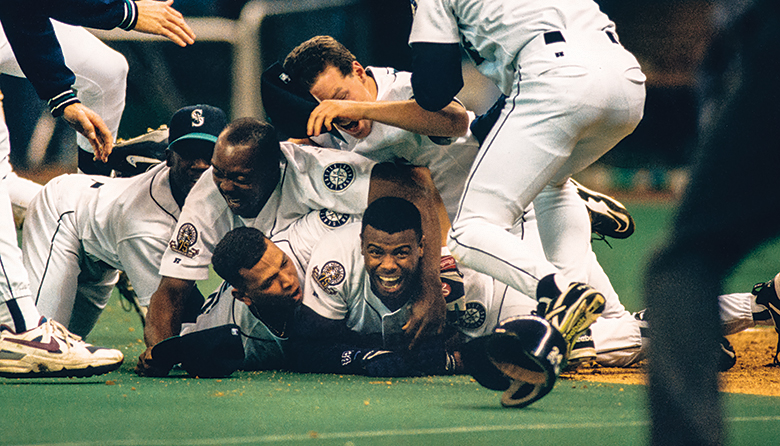 It has been called the game that saved baseball in Seattle. On October 8, 1995, in the Kingdome, the Seattle Mariners went to extra innings against the New York Yankees in Game 5 of the American League Division Series.

The Yankees scored in the top of the 11th inning, but Edgar Martinezs double to left field in the bottom of the 11th scored Joey Cora and Ken Griffey Jr. and sent the Mariners to the American League Championship Series. Perhaps even more important in the larger economic picture, it changed public sentiment.

Two weeks before the historic game, King County voters nixed a one-percentage-point increase in the sales tax to finance construction of a new baseball stadium. Miffed, the teams ownership group demanded that local leaders come up with a new stadium financing plan or they would sell the team, which raised the possibility of the Mariners leaving Seattle.

Coincidentally, the Mariners won 16 of their last 21 games, forcing a one-game playoff against the California Angels for a spot in the postseason. The Mariners won that game, paving the way for the euphoric celebration atop Griffey, exultant here at the bottom of the pile.

Soon afterward, the state Legislature met in special session to approve a funding package that enabled construction of Safeco Field, which opened in July 1999.