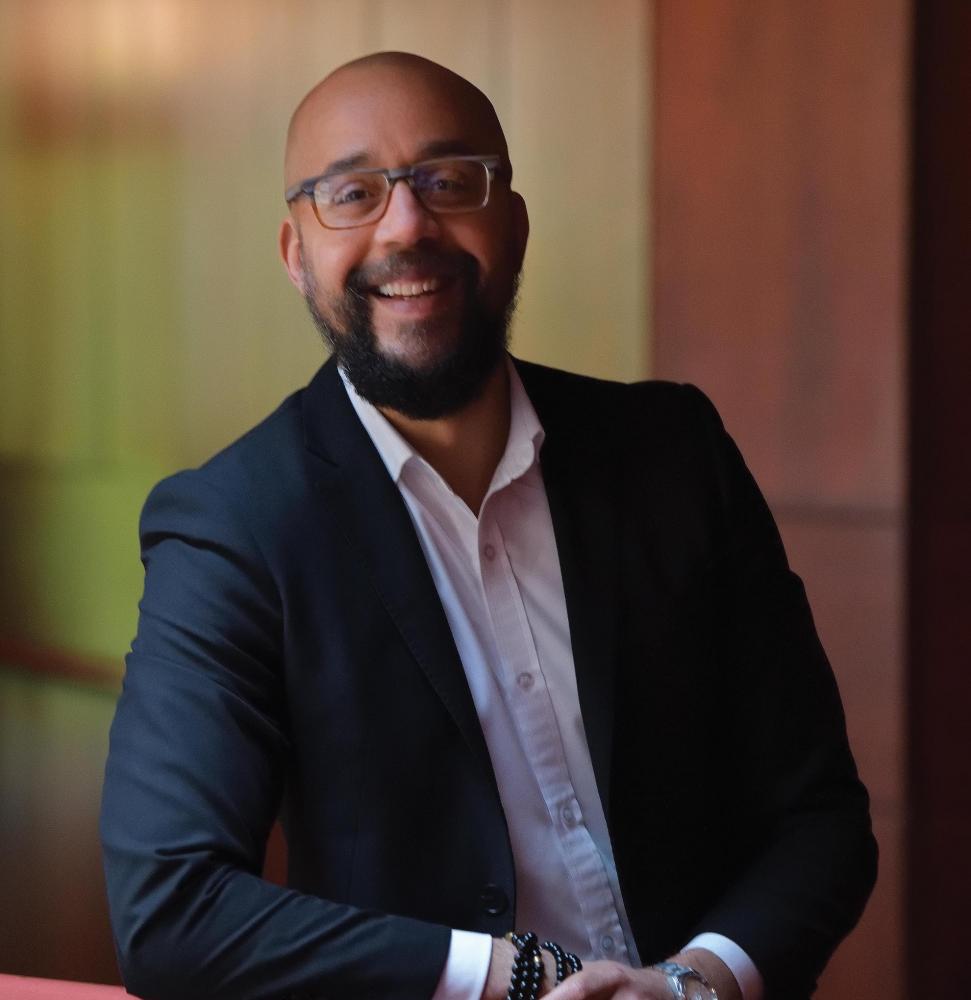 Greer, formerly executive director of both the Oregon Ballet Theatre and, before that, the Portland Ballet in Maine, was named CEO and president of the trade organization in June, smack dab in the middle of the pandemic. ArtsFund represents 120 cultural partners across the Puget Sound region, including ACT Theatre, Seattle Art Museum, Seattle Symphony and Pacific Northwest.

Greer, who lives with his wife and children on Bainbridge Island, combines business savvy with the soul of an artist. He is working on obtaining an MBA from The Wharton School and has held executive roles in financial services, manufacturing and international trade. Prior to his business career, Greer spent years as a professional dancer. He lived in China from 2008-2015.

Greer calls the unusual combination of skills critical as he works to prop up arts organizations during the pandemic. A recent ArtsFund survey found that 73% of 47 arts organizations surveyed have furloughed employees on average about a third of their staffs.

The pillars of ArtsFund leadership are advocacy and grant-making, says Greer, noting that the organization recently distributed $5.5 million in Covid-relief funding.

Interview with Michael Greer, CEO and president of the ArtsFund

We were in mainland China and I had just had my second child, and we were talking about where we wanted to raise both of the kids. One of my best friends in the entire world worked in Portland, Oregon, and I saw this opportunity at Portland Ballet. Shortly into the process, I thought, oh, no, this is Portland, Maine. Id never been to Portland, Maine. But at that time, I was hooked, and the opportunity looked great.

The people in Portland, Maine, don’t know that. Lets hope they never figure it out.

I always say ArtsFund and the organizations that we support are businesses. They are employing people and adding value to the economy. There are differentiators between nonprofits, creative not-for-profits and a traditional small business, but there’s also a lot of similarities.

The pandemic, when you extrapolate that out across the country, is a billion-dollar problem for the industry. Theres a hundred million dollars of need just for the organizations we are working with.

The conversation is not necessarily that it’s a bloodbath, but how are we going to get out of it? It’s more nuanced in that our sector is changing at a very rapid speed. Its an optimistic conversation in a lot of ways.

Eighty percent of the organizations we surveyed said that they were reaching new audiences out-side of their traditional geography [with virtual programming]. That is just massive.

We’ve seen an uptake in the ability to reach certain communities with significant barriers to entry to some of these physical spaces, whether it’s physical, cultural or our communities of people with disabilities.

On the business side, this idea of being able to supplement in-person ticket revenue with digital revenue from a wider base is something that we have not been able to capitalize on yet. But the infrastructure is starting to build.

Pre-Covid, one of the big questions for the industry was how do we attract a younger demographic? Organizations are realizing the potential of digital. And that opens up a whole new category of potential patrons.

Many organizations have lost 50% of their revenues for the year. They’re making that up on the contributed side and even in a good year the majority of that 50% is from individual donors. This is the model that exists in the sector. People say, well, how do I support the sector? That is the way.

One of ArtsFunds long-term goals is to shift that narrative of arts and culture being held up against other social priorities, whether it be education, homelessness or mental behavioral health. Look at arts and culture as a tool to address some of these larger issues.

There have been tons of studies to show that an arts treatment in K-12, especially in K-6, leads to higher test scores, which then definitely lead to higher graduation rates, which are linked very succinctly to incarceration rates. You can see that there are interventions that you can take earlier on in the pipeline that help some of these broader social metrics.

Throughout this pandemic there has been a significant reduction in the arts and cultural workforce. And as the pandemic continues, we’re running a risk of losing those people permanently to other industries. Theres a fear of brain drain.

I think the people that are in the industry are there because they have a certain passion for what it is that they do. And a lot of times they also have the familial or the socioeconomic background that allows them to do what it is that they’re doing at salaries that are 60%, 65%, 70% of market.

I liken it to Wharton, Harvard, Stanford and all these schools with programs around finance, tech and pharma, not because those industries are great in and of themselves, but because they attract top-quality people because of remuneration. What if arts and culture had the same type of remuneration? Would you see a complete explosion of the infrastructure around arts training?

The different disciplines and different-size organizations are all bringing something to the landscape. Theres a collaborative mindset within the sector. There is a silver lining around this, and it’s accelerated what we have all been kind of dancing around for a long time.