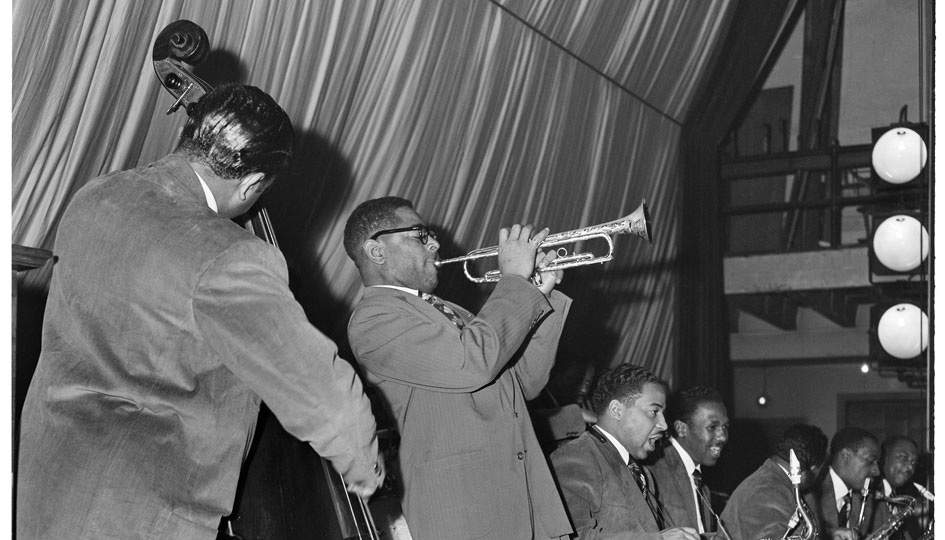 On February 19, 1949, 31-year-old trumpeter Dizzy Gillespie performed with his orchestra in the Senator Ballroom of the Eagles Auditorium Building at Seventh Avenue and Union Street now the home of ACT Theatre. With alto saxophonist Charlie Parker, Gillespie was considered a founder of bebop, a style of jazz music featuring fast tempo, complex chord progressions and instrumental virtuosity, which evolved from swing-era music in the early and mid-1940s.

Longtime Seattle photographer Al Smith captured the moment that night, as he did thousands of other events during six decades as de facto chronicler of the African-American experience in Seattle. Smith, who operated a business called Al Smith: On the Spot, would photograph entertainers and patrons at the jazz clubs and concert venues in Seattle and then sell prints for 50 cents each a few days later.