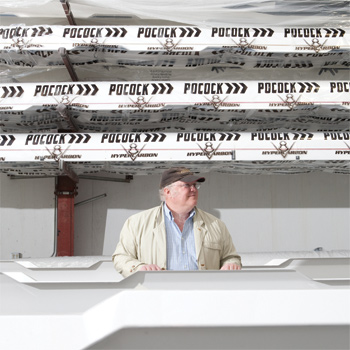 The first time he visited the crew boathouseat Syracuse University in 1992, John Tytus
says he noticed something odd about the facilities. The men had a full locker
room upstairs that was spacious and pretty nice, says Tytus, 35, who rowed on
the Orange crew from 1992 to 1996 and now directs sales for Pocock Racing
Shells in Everett. But wedged downstairs in a corner of the boathouse, the
Syracuse womens crew changed clothes in a room that Tytus says was about as
big as a clothes closet.

Syracuses locker room arrangements were the norm for
college crews in the early 90s, when competitive college rowing was dominated
by lanky guys like the six-foot, four-and-a-half-inch Tytus and women were an
afterthought. In 1997, that changed. That was the year the NCAA belatedly
recognized Title IX of the Federal Education Amendment, originally passed in
1972, and began sponsoring national championship racing for women rowers. The
NCAAs decision started a tide of cash flowing into college rowing programs for
women.

At Syracuse, the women got a spacious new locker room of their
own, and other college athletic departments at schools like Michigan, Ohio
State and the University of Virginia that had been allocating millions to
male-dominated sports like football and basketballand not much to womens
athleticssuddenly became gender sensitive. Washington State University, for
example, elevated its womens crewbut not the mento a varsity sport, making
the team eligible for scholarships and financial support from the schools
athletic department. Clemsons womens crew now rows out of what Tytus
describes as a Taj Mahal of a boathouse.

The guys, he says, still row out of a shed.

For Pocock, the NCAAs decision to support Title IX was a
lifesaver. George Pocock began building sleek wooden racing boats for the
University of Washington in 1911 in an unlighted former tearoom on Lake Union,
and for decades afterward, the family-owned company dominated the business of
making college racing shells in the United States. Pocock boats, hand-crafted
like fine furniture, brought back Olympic gold for Seattle rowers and national
rowing titles for the UW. But by 1985, when Bill Tytus, Johns dad, bought the
company from Seattle rowing icon Stan Pocock, the company was floundering.

Stan was a dear friend, but he was getting old, says Bill
Tytus, 63, a former championship rower who gave his son the middle name Pocock,
and who still heads the company as president. Colleges were buying the hotshot
composite boats and Pocock was still making wooden boats. Sales were down to
maybe 50 boats a year. The company, he says, was close to shutting down.

Under Title IX, schools receiving federal funding were required to
encourage more women to participate in intercollegiate sports. Perhaps more
important, they had to spend proportionately on mens and womens sports
programs. Critics grumbled that the NCAA was slow to respond to the federal
mandate while college athletic directors complained, in turn, that traditional
womens sports like field hockey and soccer just didnt consume enough cash resources
to match their big-time football and basketball programsan important
distinction because Title IX measures compliance by the amount of money devoted
to womens sports compared with that given to mens sports.

By the mid-90s, says Tytus, a bunch of athletic directors
were sitting around drinking cocktails and they decided womens crew was an
easy way to get Title IX off their backs. Crew can indeed cost a pile when a
boathouse, training equipment, coaches and all the other paraphernalia that goes
with messing about in $35,000 boats are added up. Since most college crews race
boats with eight rowers and a coxswain, and serious programs often put several
boats at a time on the water at the varsity and freshman levels, womens crew
became a big factor in meeting the Title IX requirements, says Brett Johnson,
director of operations for USRowing, a Princeton, N.J.-based organization that
oversees many of crews competitive events.

In 1997, USRowing had about 70 womens rowing programs in
its membership, Johnson says. Last year, that number was up to 140. Moreover,
as womens crew has grown at the collegiate level, the sports popularity has
spilled over to postcollege, or Masters, programs, many of which are populated
by middle-aged women and mothers whose daughters took up rowing in college. To
meet Title IX requirements, colleges now award athletic scholarships to
promising young female rowers, making womens crew prominent at the high school
level. In Florida, for example, the number of high schools with rowing programs
has climbed from 15 to 47 in the past decade. When a bunch of parents in
Arkansas find out their daughters can get a full ride to a major university,
says Bill Tytus, rowing starts to look pretty interesting.

Seattles Green Lake junior crew program, sponsored by the
citys Parks and Recreation department and the Rowing Advisory Council, now
draws 130 high school rowers annually, from Everett to south Seattle, says
Patricia McCarrier, the programs director. Ninety of the junior rowers are
women and McCarrier says most of them get rowing scholarships when they
graduate.

Pocock began focusing on womens rowing in 1997 when Bill
Tytus designed a racing shell specifically for women. The boat was roomier than
the mens racing craft, with less drag through the water. Women, explains
Tytus, have a center of gravity that is considerably aft of men. When the UW
women won national championship gold medals in Pococks new boat in 2001 and
2002 and a silver in 2003, orders came rolling in from other schools.

In crew, says John Tytus, you buy the boat that beats
you.

By 2002, Pococks annual sales had grown to 240 boats and
the company was grossing about $2 million annually. Sales drifted down to 160
boats last year as the recession forced cutbacks in college spending on mens
sports, pulling down Title IX-driven spending on womens crew as well. But this
year, the Tytuses expect to sell about 200 boats and gross $2 million. Pococks
Everett workroom, located in a hangar-like building nestled next to Boeings
much larger aircraft hangars, is bustling these days, with 14 employees,
including the Tytuses, working on 20 racing shells in various stages of
construction. Two-thirds of the boats, says John Tytus, will go to womens
crews.

The proximity to Boeing is no coincidence. Early on, when
business was slow and still housed on the shore of Lake Union, Boeing hired
Pocock to build pontoons for float planes. Boeing eventually took its business
in another direction, but came back in 1995, hiring Tytus to design and build
prototypes of winglets for the aircraft makers fleet of 737s and 747s. The
contract lasted six years and produced some unusual designs, pulling Pocock
through some hard years until the racing-shell business kicked back in. It was
good money that came along just when we needed it, says Bill Tytus.

But the industry is not without competition. Pococks
strongest rivalry, in the way collegiate sports can be, is with New Haven,
Conn.-based Vespoli. Sales of Vespolis racing shells have climbed even faster
than Pococks. Last year, says Mike Vespoli, the companys chief executive, the
business sold 425 boats, giving it the top spot over Pocock. The two firms
compete fiercely for college and high school businessVespoli boasts he snagged
John Tytus alma mater, Syracuse, this year, and got a toehold on the West
Coast recently by wrapping up a sale to the University of California at
Berkeley crew. Tytus won Green Lake away from Vespoli three years ago and says
hes sold the program $500,000 in new boats since then. Half of Pococks boats
go to college programs, he says, including East Coast crew powerhouses like
Navy, Harvard and Cornell.

Still, Pocock and Vespoli were both disappointed when the UW
varsity mens and womens crews chose top-of-the-line, German-made Empachers to
race in during the past two years. Last year, the UW mens heavyweights won the
IRA (Intercollegiate Rowing Association) championship in the German boat, which
cost $45,000 compared with Pococks priciest shell, which is $10,000 cheaper.
Empacher is expensive, says UW womens crew coach Bob Ernst. But, he adds,
Empacher is the best flying machine in the world.

That opinion hurts. Empachers are the racing shell of choice
these days for top-tier crews like Harvards varsity eight and Brown, which can
afford them. It takes a brave coach to show up in a non-Empacher boat these
days, says Mike Vespoli.

But Ernst has plenty of praise for Pocock as well. They
build very good boats and they are very supportive of our program, says Ernst,
who has coached both the UWs top mens and womens crews and raced them in
Pococks in the past. UW crews practice in Pococks, which Ernst says are more
durable and easier to fix than the German racing boats. Currently, the UW boathouse
has 63 Pocock shells, along with two Vespolis and three Empachers.

Related: The Crew Crew: Business connections made through crew racing.