Restarting shuttered factories isnt for everyone 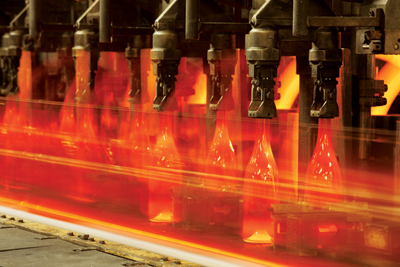 The latest effort to restart a manufacturing operation is in Omak, in north-central Washington, where Wood Resources LLC is working to revive a plywood mill that has been idle since 2009.

The Omak plywood mill has had a rocky existence. Formerly known as Olympic Wood Products and then as Quality Veneer & Lumber, the mill twice went through bankruptcy proceedings until the Confederated Tribes of the Colville purchased it. The federation shut down operations in 2009 because of the housing-market slump.

Renamed Omak Wood Products, the mill will supply veneer to the Shelton facility, which Richard Yarbrough, chairman of Wood Resources, says has been pinched on timber supply because of competition from log exports and demand from sawmills in western Washington, as well as from fewer trees coming off state lands. Gaining access to a wood supply in central and eastern Washington is a pretty strong hedge against volatility in the log market, he adds.

The Omak mill comes with supply in the form of hundreds of thousands of acres of timberland held by the Colville tribes. Wood Resources has signed a timber-supply agreement with the federations business arm and a 25-year lease for the mill.

While the Omak plywood mill has an operating history spanning decades, a Cowlitz County plant designed to make glass bottles for the wine industry lasted barely months in its original incarnation.

Cameron Family Glass Packaging in Kalama opened to great local fanfare in 2008. The plant featured a new type of electric melter that would produce bottles for the growing West Coast wine industry. That furnace design proved to be the plants undoing. In January 2009, it suffered what the company termed a catastrophic failure, leading to the plants shutdown and the loss of nearly 100 jobs. Not only was Cameron unable to restart the furnace, it also wasnt able to line up financing to continue operations.

Enter the new team for what has been dubbed Bennu Glass bennu being an ancient Egyptian word for what the Greeks called a phoenix, the bird that rose from the ashes. Medley Capital Corp., a New York-based, publicly traded investment fund, teamed with Jerry Lemieux, a veteran of the glass industry who had done consulting work for Cameron. The investors bought the plant at a bankruptcy auction for $64.8 million and have spent millions more rebuilding it and installing new equipment. They ditched the existing furnace (with congealed glass still lodged in it) for a more conventional design that combines liquid oxygen with natural gas. The new furnace was fired up over the Fourth of July weekend last year and the first production bottles came off the lines a month later.

Bennu Glass has now passed its one-year anniversary of wine-bottle production. It did well enough in its early months of production to sign on for an additional 20,000 square feet of storage space in an industrial park at the Port of Kalama. And as wine consumption increases nationwide, Bennu sees good things on the horizon. As demand continues to rise, theres going to be a glass shortage, Jake Wendler, sales and service manager, told The Oregonian earlier this year. Our expectation is that more and more operations will turn to us for supply.

What that means for employment, currently at about 95, is uncertain, but the energy and optimism at the resuscitated plant is evident on the home page of Bennus website (bennuglass.com), which borrows the overblown style of a wine reviewer in declaring: Bennu introduces a fiery new domestic bottle, mingling notes of soda ash, sand and limestone. With ample recycled glass for sustainability, this fine blend shows true Pacific Northwest character, light yet solid with quality and passion in the finish.

Of course, not every manufacturing restart goes as swimmingly. Case in point: Hoquiams Harbor Paper, which is actually a restart story twice over. The mill, which produced office paper, seemingly had reached the end of its run in 1992 when its owner, International Paper, decided to shut it down. But the Quigg family organized an investor group and restarted it the following year as Grays Harbor Paper.

Grays Harbor Paper garnered considerable attention and accolades as a local success story and a maker of 100 percent recycled-content paper. But the feel-good story suddenly evaporated in 2011 when management announced the mills closing due to high raw material costs, disappointing sales and an inability to refinance debt.

Next up for the mill was an investor group headed by Elliott Rust Holdings LLC. To run the mill, investors tapped John Begley, a veteran of Weyerhaeuser and Port Townsend Paper who had done consulting for the Quigg family and had even run Grays Harbor Paper for a time.

In its new incarnation as Harbor Paper, restarted last year, the mill operated at a lower cost structure than its predecessor and with a tweaked business model, made private-label products and sold through distributors rather than going it alone. The new company also had more control over its energy costs, through ownership of a facility that produced both industrial steam and electricity that could be used internally or sold to the grid.

But earlier this year, the business went through a management change and ceased operating. According to a statement from Elliott Rust Holdings, as reported in The Daily World, In any new enterprise, obstacles will present themselves, and not all of them can be foreseen. … In light of the recent circumstances regarding operations, Harbor Papers board has made the difficult decision of making a wholesale management change regarding operations at the mill. During this transition time, the mill will be temporarily curtailing its operations. Harbor Paper hopes these changes will improve viability of the mill as a long-term enterprise.

At press time in mid-September, there was no word on a when or if operations might resume yet again.

Restarting a mill does not simply involve switching on the lights and turning on the equipment. Hydraulic systems, machinery fluids, electric circuits and motors deteriorate from disuse and neglected maintenance and have to be checked, repaired or replaced. Roof leaks have to be patched. Water pumps on boilers have to be remachined.

And its not just inside the plant that work has to be done. Mother Nature has a way of reclaiming everything, says Yarbrough at Omak Wood Products. Drainages on the plant property had to be restored and brush cleared. A new water line was installed and log vaults were rebuilt.

Even paperwork has to be overhauled. Names must be changed on environmental permits. Safety plans, employee manuals, operating procedures and quality standards have to be written. Policies setting the companys internal culture and external relations have to be established.

Then theres the matter of employees. If a mill is out of operation for an extended period, experienced workers, who not only have specific skills needed for production but the knowledge of that operations qualities and quirks, will eventually move on, and their knowledge is lost.

In the case of Omak, Yarbroughs plan was to have a crew of 83 ready when veneer production began in October. About half of the crew, he adds, will have worked at the mill before, meaning that some depth of experience of what this mill can and cant do and how to run it is salted through the organization.

Given the challenges, why go to all the trouble of restarting an older mill instead of building a new facility for up-to-date equipment? Yarbrough says factors specific to the mill and its location adjacent to a timber supply and a workforce that knew the operation drove the decision.

Wood Resources will have spent $2.8 million by the time operations resume, he adds, and that only covers maintenance expense, outside contractors, inventory and parts; it doesnt include direct labor. But compare that to the bill for building from scratch. Replacement cost of a mill of this scope is probably close to $80 to $100 million, he says. By resuscitating an existing mill, the operators wind up putting less capital at risk, get into operation much sooner a brand new mill might take years to develop and tap a pool of workers with skills and training to begin production quickly.

The bottom line is what drives the decision, says Richard Lee Storch, professor and chair of industrial and systems engineering at the University of Washington. Even though there are issues associated with restarting, it likely still costs less than starting a greenfield site.

Storch adds that existing equipment, even if it needs refurbishment, is probably cheaper than new. There are also likely

to be fewer permitting and zoning issues, and, echoing

Yarbroughs sentiments about a knowledgeable workforce, he notes: There may be former workers around who are still familiar with the way the old plant operated and who would be happy to go back.