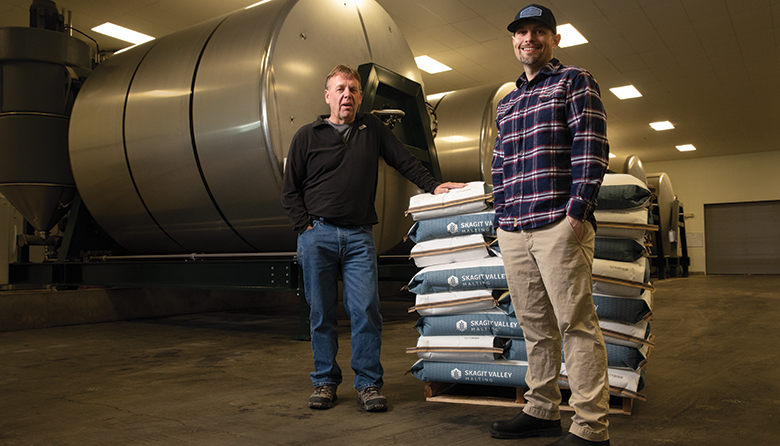 This article appears in the May 2019 issue. See more about the winners of the 2019 Washington Manufacturing Awards here. Click here for a free subscription.

Skagit County isnt what many people think of when Washington grain country is mentioned, but its developing its own grain-to-table ecosystem, and Skagit Valley Malting is an important element in it. The 9-year-old company produces malt grain that has been allowed to germinate and is then dried used in brewing and distilling. It sells to makers of craft beer and spirits across North America, but its also creating a market for local farmers, paying them a premium for their crops not only by converting them to malt but also by preserving grain variety identity through the supply chain the way vintners do with wine grapes. Its looking at new markets such as grain products for bakeries, too. Its not just malt that the company manufactures; it also designed and built its own equipment, adapted to accommodate local grains. The 17-employee business reports that since going commercial, sales have consistently doubled every year. Its not just the company itself or its farmer suppliers who are benefiting. Since the launch of Skagit Valley Malting, a commercial flour mill and two breweries have located at the Port of Skagit.

Food safety is always a big issue for the food-processing industry, but its been made even more so by the standards for training and certifications set down in the Food Safety Modernization Act. To make sure everyone understood the importance of attention to food safety, Pasco Processing, part of the Oregon Potato Company family of vegetable and fruit processors which also includes Jamba At Home Smoothies and National Frozen Foods has been proactively addressing the issue by putting its own employees and suppliers through training and certification. That included six food-quality professionals, 30 growers and 32 food-processing workers.