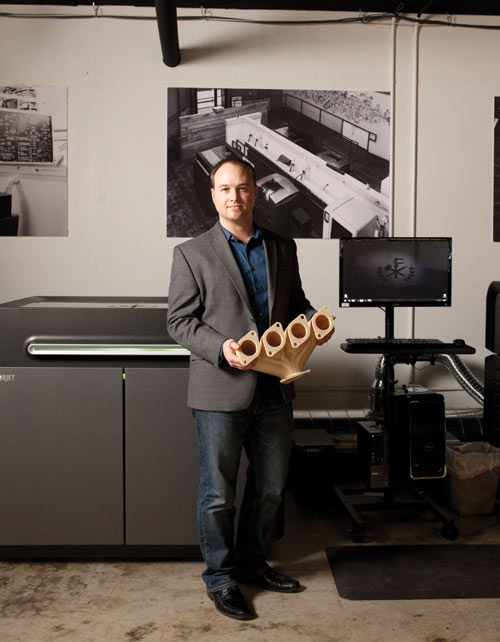 Three-dimensional printing is rapidly moving from the wave of the future in manufacturing to the standard operating procedure of today, and Fathom has been riding that wave. The seven-year-old Bay Area company converted a sales office in Seattle to a full design and production house, offering advanced prototyping and low-volume production.

Principals Rich Stump and Michelle Mihevc founded Fathom in 2008 and rebranded it as Fathom in 2012.

To make solar-generated electricity work requires a device called an inverter, which converts DC power to AC. Thats where Blue Frog Solar comes in, with its made-in-Washington inverters that qualify buyers for state-sponsored incentives. Founded in 2011, Blue Frog Solar reports 80 percent year-over-year growth in sales. To extend that trend line, it has established the Simple Solar program, partnering with a local credit union, a Washington manufacturer of solar panels and installers to offer customers financing, installation and access to incentives. Its also working with builders and developers on solar installations for multiple residences.