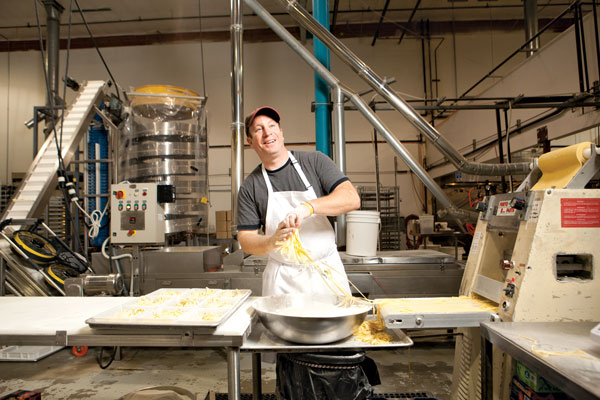 Winner: Cucina Fresca Gourmet Foods, Seattle
It started in a mom-and-pop storefront at Pike Place Market 30 years ago. Today, Cucina Fresca makes more than 30 retail productspastas, of course, but also soups, sauces and ready-to-eat mealsthat are available in more than 1,000 stores nationwide. It offers more than 130 products for the food-service industry, too. The company continues to innovate not just with its products but also with how theyre packaged and where theyre sold. Latest additions include a new flavor in its Lazy Lasagna line of frozen entrees and a new variety of its Gourmet Mac and Cheese. Packaging is being overhauled with a new plastic tray for fresh pasta that uses less material but increases shelf life by 20 percent.

To get more products to more hungry consumers, Cucina Fresca has added some major grocery chains like Kroger, increased product placement with Whole Foods, set up distribution agreements with natural-foods wholesalers in the Midwest and in British Columbia, and created customized food-service products for customers like Safeco Field and companies that serve many corporate cafeterias in the Northwest.

Silver Award Winner: Chukar Cherries, Prosser
Chukar Cherries products have become Northwest food icons, but the company hasnt been content to rest on its distinctive boxes of chocolate-covered fruit. It has greatly increased its product line with offerings such as preserves and dessert sauces, and expanded the possibilities of where those products can be bought. In 2012, it added a retail store in Leavenworth to existing outlets in Prosser and Seattle, and Chukar Cherries were in the lineup of Washington food favorites on sale at newly opened stores at Sea-Tac Airport. For holiday season 2012, Chukar introduced its first business-gift catalog.