This photo was taken one year after the park officially opened. 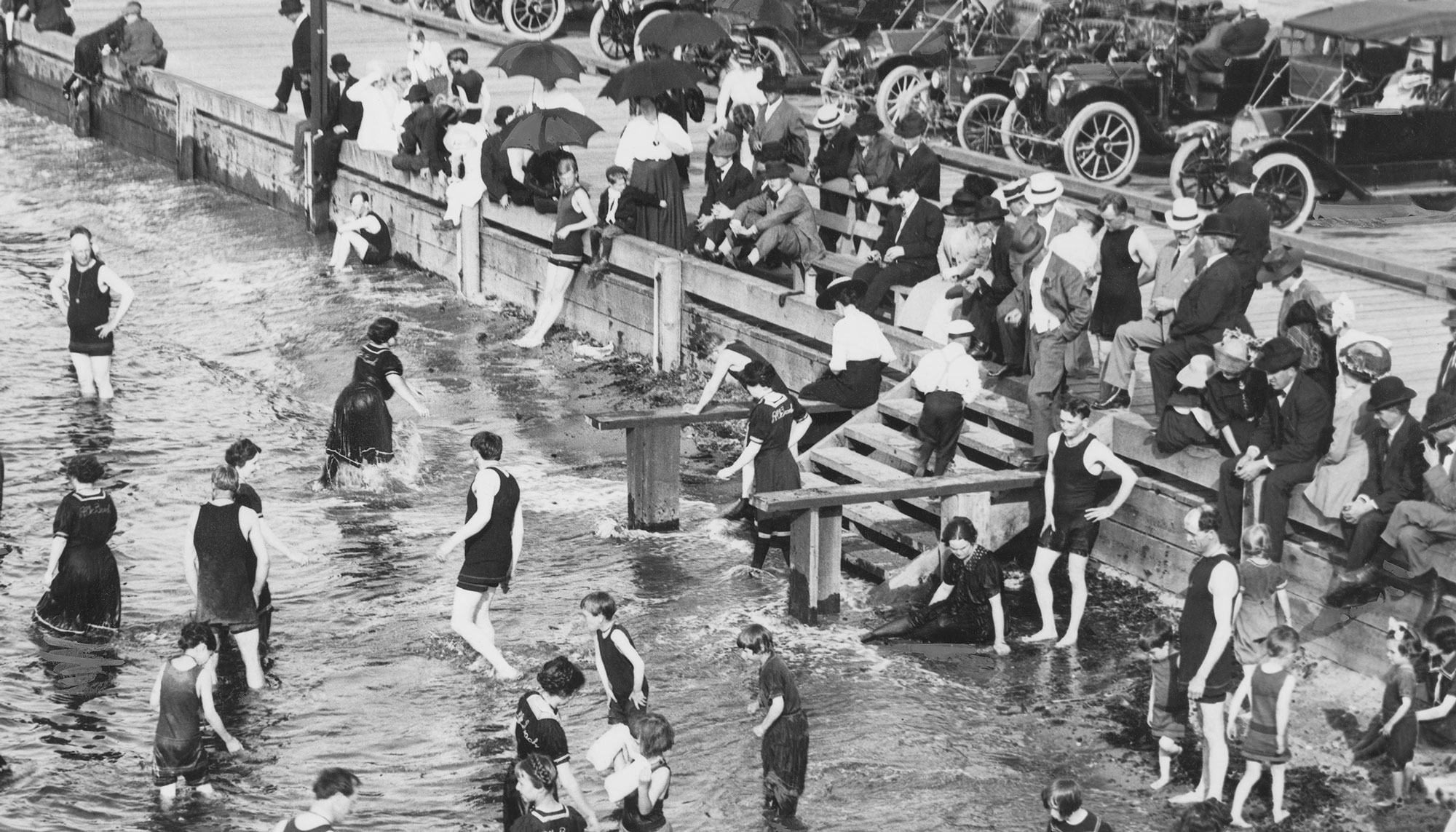 This article appears in the June 2018 issue. Click here for a free subscription.

Take that, Sports Illustrated! This photograph, credited to the studio of Asahel Curtis, shows bathers and onlookers near the boardwalk at West Seattles Alki Beach in August 1912, a year after Seattle officially opened Alki Beach Park complete with a bathhouse featuring a gym, clubrooms, locker rooms, a cafe and a viewing balcony.

It was also a year after Curtis established his own photography studio, signaling a formal separation from his involvement in the photography business of his older brother Edward, who would become famous for documenting the lives of Native Americans. An inveterate civic booster, Asahel Curtis centered his business on the steady thrum of civic life in Seattle and across the state. For a time, he served as official photographer of the Seattle Chamber of Commerce. He also produced tourist brochures for chambers throughout Washington, shooting 60,000 images during a 44-year career.