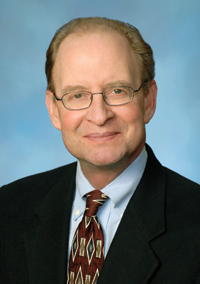 Two years ago in this column I urged our state legislators to seize the opportunity created by economic conditions at the time to authorize local governments to use increment financing to stimulate economic development. Unfortunately, the bill that emerged from the 2009 legislative session was less than useful, in part because of limitations on taxing authority in our state Constitution. With state and local economies continuing to suffer with stagnant growth and growing deficits, a coalition of business interests, environmental organizations, and municipalities has come together to push for major legislative changes that would once and for all allow Washington to fund major infrastructure projects with this widely-used financing tool.

The state Legislature is considering the Washington Jobs and Investment Act (WJIA) and a companion amendment to the Washington Constitution that together would authorize cities, counties, towns and ports to create benefit districts to finance a wide range of public improvements, from bridges and roads to parks and utilities, by assessing a special property tax in the district for as long as necessary to repay the bonds. The special property tax may be in an amount of up to one percent of the annual increase in property values (the increment over existing values) expected to occur in the district. Increment financing therefore uses public/private cooperation to bring together the benefit of public improvements with private investment to provide underwriters the assurance they need to issue bonds that are dependent on community revitalization and the accompanying increase in property values.

Why is a constitutional amendment required? The Washington Constitution requires that all taxes shall be uniform upon the same class of property within the territorial limits of the authority levying the tax. That means a city cant make improvements in one part of town, and then tax those properties more or in a different way than another set of properties even though the improvements may have made those properties more valuable.

Increment financing, on the other hand, requires local governments to have the authority to finance improvements by pledging tax proceeds derived from those properties within a specially-formed district that benefit (i.e., increase in value) to pay back the loan. The proposed amendment to the state constitution would create an exception to the uniformity clause and allow a supplemental tax to be imposed only in the benefited district.

Increment financing is not without its detractors. The proposed legislation attempts to avoid the pitfalls experienced elsewhere by including a number of preconditions. For example, the creation of an apportionment or benefit district can only occur after public notice and hearing. The taxing authority will only be available in urban areas. Private development that is expected to occur within the apportionment district must be consistent with local plans adopted pursuant to the Growth Management Act. Lastly, and perhaps most importantly, other taxing districts that levy on real property within the increment area, such as school and fire districts, will not be affected because the special tax supplements, but does not diminish, existing taxing authority.

Increment financing has been used with great success across the country to help communities fund infrastructure projects that attract private investment and create new jobs. The Legislature should enact the WJIA and then join the Washington Jobs and Investment Coalitions efforts to ensure the public supports the constitutional amendment that will finally enable Washington to join the 48 other states that use increment financing to stimulate economic growth.

Glenn J. Amster is a shareholder at the Lane Powell law firm and a LEED Accredited Professional. He focuses his practice on real estate development, including feasibility analysis, development strategy, property acquisition, environmental review, permitting and administrative proceedings. He is a member of the board of the Washington State Chapter of NAIOP: The Commercial Real Estate Development Association. He can be reached at amsterg@lanepowell.com or 206.223.6241.