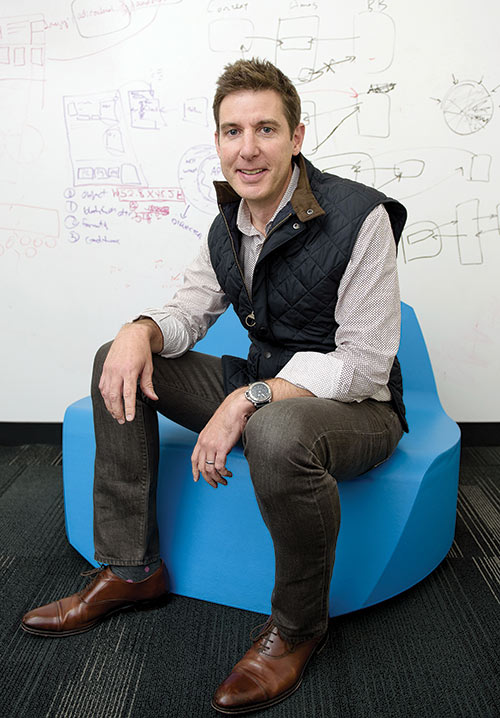 Mill Creek attorney Soloman Kim was vacationing at a friends cabin when he received a text that someone needed legal advice on a criminal matter. He immediately returned the text saying he was available to help and spent the next 15 minutes laying out legal options for the caller. The charge: $39.

Getting your call returned from an attorney in just minutes let alone having a real-life conversation for less than $100 is rare. But Avvos new Avvo Advisor service is doing just that.

Think of it as online speed dating for lawyers and their potential clients. Either online or through an iOS app, users enter their zip codes and the nature of their legal inquiries before providing credit card and contact information. If they dont get a phone call from an attorney within 15 minutes, they get a refund. For a fixed rate of $39 all of which goes to the attorney a caller receives a 15-minute telephone session with that attorney. (Lawyers are charged a $10 Avvo marketing fee for each Advisor call they take.)

Short for avvocato Italian for lawyer Seattle-based Avvo (pronounced AH-voe) was founded in 2006 as an online platform to help consumers navigate the legal system. Its first product, a rating system for lawyers that encountered a lot of skepticism in the legal community, has slowly gained traction. Avvo is now banking on its Advisor program to make legal help as readily available as an oil change.

Predictably, the legal profession seems split over the new Advisor service. Some attorneys, most of whom already provide free legal consultation, call it a risky, loss-leader marketing gimmick to generate clients. Some have even posted on blogs calling it stopwatch lawyering and an ill-conceived, ticking time bomb, and contend the system poses a variety of ethical issues, such as conflict check processes, liability and malpractice.

The law is often seen as ominous and scary, says Kim, who has been practicing law for more than 20 years. This service helps people navigate through whatever trouble they are having.

He compares his participation in Avvo Advisor to a medical hotline that parents might use when their children are ill. When my kid is sick, sometimes Ill call a nurse line and the person can tell me whether I should bring my kid in to see the doctor, he says. It eases their fears and concerns.

Kim says he handles three to seven Avvo Advisor calls a month from all over Washington state and calls it a win-win situation where consumers get quick legal advice and the attorney gets paid a nominal fee.

Earlier this year, the American Bar Association bestowed upon the Avvo Advisor project a meritorious recognition honor in this years Louis M. Brown Award program, which recognizes efforts by lawyers and institutions to meet the legal needs of those with moderate incomes.

This [program] gives consumers a better interaction and allows them to test drive the lawyers, says Avvo founder and CEO Mark Britton.

Britton, the 48-year-old former general counsel of online travel company Expedia, says Avvo Advisor is a natural extension of the business he started as a way to save consumers time, money and hassle the very things that keep many people from hiring lawyers in the first place.

Avvo advertises its Advisor service as providing legal advice from a top-rated lawyer. It determines who those lawyers are by its own rating system, which has been the subject of lawsuits claiming it is unfair. Lawyers, who are required to maintain an average rating of four out of five stars across all of their Avvo Advisor client reviews, must apply to participate in the program and are screened based on those ratings.

Avvo is one of the newest internet-based startups seeking to reinvent the legal directories and ratings service long dominated by Martindale-Hubbell, the grande dame of ratings firms. While there are similar online legal sites, Britton says his biggest competitor is Google, noting that roughly half of medium- to high-income consumers choose not to hire lawyers because they assume they cant afford them. Theres a big fear factor, Britton notes.

Britton, who lives in Seattle with his wife and three sons, got the idea for Avvo seven years ago when he was living in Italy teaching finance at Gonzagas Florence campus. He hadnt been practicing law for nearly a year but he kept getting emails from friends seeking legal advice.

In July, Avvo announced a $71.5 million round of financing led by Technology Crossover Ventures (TCV), with participation from Vulcan Capital and Coatue, an existing investor. Avvo will use the infusion to boost hiring and marketing. The latest investment brings the total funding for Avvo to $132 million. Britton declined to disclose the companys finances; Bloomberg reported this past summer that Avvo is valued at about $650 million.

While Avvo seems ripe for a public offering, Britton says its best to stay in the robust private sector for now. Yet he has said its not a matter of if Avvo will go public but when. In the meantime, Britton says the company is always looking for more ways to give people instant access to qualified attorneys in their areas.

Jay Hoag, TCVs founding general partner, who recently joined Avvos board of directors, said in a statement that his company seeks to partner with rapidly growing firms that are disrupting their marketplaces. Avvo fits that profile perfectly, Hoag states, as they continue to make legal services easier and more accessible to more consumers and businesses around the world.

Avvos advertising base has doubled in the past year and the company will employ about 400 people by the end of this year, Britton predicts. It has already outgrown its International District headquarters and will relocate to the 8th + Olive Building downtown in December, leasing seven of the structures 20 floors.

Avvos lawyer directory provides Avvo-rated profiles, client reviews and peer endorsements for 97 percent of all lawyers in the United States. Avvo is able to include such a large number of attorneys in its directory by creating default profiles using information collected from various sources, including court documents, state bar associations and other public records. Attorneys can also claim their profiles and provide additional information or update information to improve their ratings.

Avvo says 230,000 attorneys so far have become active on the site by claiming their profiles. Avvo takes that information and rates lawyers on a scale of 1 (Extreme Caution) to 10 (Superb), based on its own proprietary mathematical model. Britton maintains all lawyers are treated equally and that Avvo doesnt play favorites.

Despite raising millions in investments, Avvo has hit its share of bumps along the way, with some saying it has pushed the envelope too far. Avvos legal advice has come into question by some and numerous lawsuits have been filed, claiming the companys ratings system is deceptive.

For example, critics question the mysterious algorithm of its rating system. Nine days after Avvo launched, it was hit with its first lawsuit challenging the ratings system. The federal suit was filed in Washington state by high-profile Seattle criminal defense attorney John Henry Browne, who was rated a 5.2, or average, partly due to a disciplinary action from the state bar. U.S. District Judge Robert S. Lasnik quickly granted Avvos motion to dismiss the suit.

Browne, who wasnt surprised his lawsuit was thrown out, says he filed it to make a point. Eight years later, Browne is still convinced Avvo is a scam.

Avvo is a dangerous joke that misleads consumers, she declares. He says Avvos rating system is not peer reviewed like Martindale-Hubbles. There are people rated close to 10, or 10, in my field, that are not qualified to handle a jaywalking ticket. If consumers reliy on Avvo for picking a lawyer, they will be hurt.

Britton dismisses his critics by saying he prefers to focus on the 230,000 experienced lawyers who use Avvo as a marketing platform and the millions of consumers they help each month. They are our community, Britton says, and their participation speaks the truth.

The American Academy of Estate Planning Attorneys recently posted an article on its website saying Avvo can be a boon to people who practice law. Avvo does for the legal sector what Zagat does for the restaurant industry, the piece says. It really can be a powerful marketing tool for attorneys, regardless of your specialty.

Britton says hes not surprised that Avvo has its share of critics. We are shining a flashlight in some dark places in the name of the consumers, he points out. Not everyone is going to like the transparency.