Legal Briefs: Women in the C-Suite 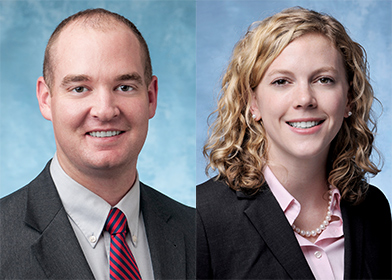 The underrepresentation of women on boards of directors and in the C-suite is astounding in a world driven by analytics aimed at increasing the bottom line. Of the nearly 22,000 companies examined in a 2014 study conducted by the Peterson Institute for International Economics, approximately 60 percent had no female board members, more than half had no women holding executive-level positions and fewer than 5 percent had a female CEO. Aside from the imbalance posed by these statistics, a growing body of literature posits that the business community has yet to fully embrace the financial impact associated with increased female representation within the highest levels of company management.

One crucial metric the proportion of women represented in upper-level management, particularly with regard to representation in the C-suite is positively correlated with improved financial performance. The Peterson study suggests that once a company reaches a minimum threshold of female representation in executive-level management positions at least 30 percent of all such positions that company could expect an increase of 1 percent to net margin compared to companies with no female representation. While that number appears small, given that companies in the data set produced an average profit margin of 6.4 percent, a 1 percent increase in net margin results in a 15 percent jump in profitability.

First Round Capital, a national venture capital fund, found that of its 300 series seed investments made between 2005 and 2015, portfolio companies with at least one female founder performed 63 percent better than their all-male counterparts when measuring the value at exit against First Rounds initial investment. The Diana Project, an analysis conducted by Babson College and Ernst & Young, found that companies with female entrepreneurs on the executive team experience higher valuations than those lacking such representation 64 percent higher at the first round of funding and 49 percent higher at the last round of funding.

Given the above, the unanswered question is why is female representation at the highest levels of company management positively correlated with enhanced financial performance? One theory rests in data suggesting that men and women whether due to experiential or genetic differences approach and resolve certain business issues in different ways. Men, for example, are more prone to risk than women. According to the Ratio Institute, companies run by male executives have been shown to take on greater amounts of debt and are more likely to undertake risky acquisitions as compared to their female-led counterparts.

These varying approaches to the resolution of crucial issues facing any board or executive team highlight the value proposition of executive-level management represented by female leadership. The purpose of a board of directors is to collectively oversee and direct the most crucial decisions facing a company.

Highly functioning boards and executive teams are those that take the time and effort to analyze critical issues from every conceivable angle angles which, according to the above, are analyzed differently by women and men.

To be clear, a shift in hiring practices will not, in itself, result in any guaranteed financial return on a company by company basis. What has been, and will continue to be, a crucial indicator of success is company leaderships ability to hire the best and brightest to manage the business affairs. Bluntly speaking, it is our belief that the best and brightest are often women, and companies paving the way to equal gender representation are currently reaping the rewards of their forward-looking hiring practices.