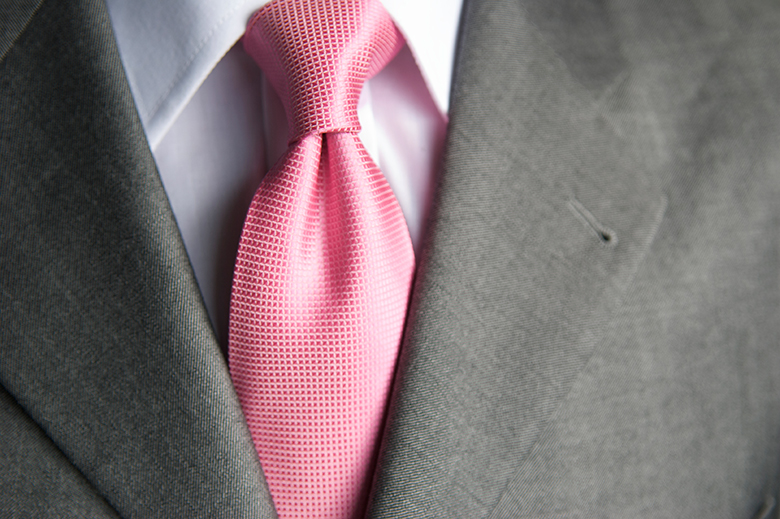 When Tom Lane heard the physician tell his wife, You have breast cancer, a few years ago, he thought about what his wife was about to face, how it would affect their five children and the tight bond they had as a family. He knew immediately that they would fight the disease together.

The Everett businessman and owner of Dwayne Lanes Auto Family a group of five dealerships in Snohomish County wanted to do more than be a caregiver. He wanted to be a fighter for his wife, his mother who is a breast-cancer survivor and thousands of other women like them facing a frightening diagnosis.

Last year, he signed up to become a Real Men Wear Pink candidate through the American Cancer Societys campaign, which gives men a leadership role in the fight against breast cancer.

Business leaders who participate in Real Men Wear Pink are impacting real lives by raising money to fund cutting-edge cancer research and ensure everyone facing breast cancer has equal access to care, says Holly Moore, American Cancer Society organizer for the Seattle-area campaign. We engage business leaders because companies look for ways to be community partners, but honestly, every man who wants to help is welcome.

Businessmen throughout the Puget Sound region are signing up, wearing pink during the month of October which is Breast Cancer Awareness month and creating opportunities for speaking to groups and raising critical funds.

Tom Flookes, an IBM executive and co-chairman of the Washington American Cancer Society board of advisors, raised more than $45,000 last year for Real Men Wear Pink, and he has signed up again this year. Neither Flookes or his wife, Dawn, has cancer in their families, but they recognize the magnitude of the problem and the impact breast cancer has on women and their families.

The numbers are staggering to me, says Flookes, who is dyeing his beard pink this year. When you consider that every day, nearly 120 women die from breast cancer in this country, think about the cascading effect on the families and the communities. We wanted to make a difference, and this is one area where we can have an impact because we know all that the American Cancer Society is doing.

When Michael The Wanz Wansley, a Grammy award-winning Seattle vocalist and quality-assurance engineer at Tableau Software Inc., discovered he had prostate cancer two years ago, cancer went from the back of his mind to front and center. Wansleys mom fought breast cancer and passed away in 2015 from other complications.

As a cancer survivor, you understand immediately what it feels like to hear that diagnosis, Wansley says. My friend is on her fourth battle with breast cancer, and Ive been there, and try to help in any way I can.

Information about prevention and early detection are key in the fight against cancer. Wansley tries to stay informed because of his own cancer. My father used to say, Theres lots of things I can do without in this life, but information isnt one of them. Throughout the month of October, Real Men Wear Pink candidates will be out in the community sharing information, wearing pink and raising funds for cancer research, programs and services. They will be in a friendly competition to raise funds, and the guy who raises the most, like Flookes last year, gets bragging rights.

In 1966, Scott Thomsen, director of communications for Seattle City Light, learned his father had non-Hodgkin lymphoma. His mother was diagnosed with breast cancer twice. With new treatments and research, Thomsen says he had 22 years of bonus time with his dad before he passed away last year, and thanks to new advances in breast-cancer research, his mother is thriving.

I became a Real Men Wear Pink candidate because Ive seen firsthand the great benefits of cancer research, says Thomsen, who will create some fundraisers to raise money in the battle against cancer. My dads extra years are testimony to the gains as a result of research funded by the American Cancer Society and others. I can never put into words how much those extra years meant to me. After his mothers second breast-cancer diagnosis, Thomsen says she participated in the American Cancer Societys Relay for Life to raise research dollars. As part of the event, lighted paper bags (called luminaria)are displayed bearing the names of those fighting various cancers as well as those who lost their battle. After Thomsens mother participated in the walk for a second time, she told her son that the luminaria had more survivors names than those who had succumbed to the disease.

Thats what the fundraising is all about, he says. Research saves lives.

To raise money for his Real Men Wear Pink candidacy, Tacoma real estate developer Joe Toner purchased a bright pink suit hoping that people would stop him and ask about it. This will be his third year participating in the campaign, and he says its all about building relationships in the community. Toners mother is a cancer survivor. His mother-in-law died from breast cancer. Real Men Wear Pink advocate Michael Wansley, who himself is a cancer survivor.

Its important for me to contribute to my community in a positive way, says Toner, who raises funds through his business relationships. I think people want to do business with those who care about their community. I want to see a world free of cancer. I coach my agents to find a cause they are passionate about and give freely of their time.

There is still time for men to sign up for participating in Real Men Wear Pink, and the community also can get behind their favorite candidates by donating.

If you donate to a Real Men Wear Pink candidate, check with your organization to see if they will match your contribution, Moore says. Lets help these guys out with their efforts and, at the same time, save lives.