How Washington Came Close to Establishing a Transparent Claims Database 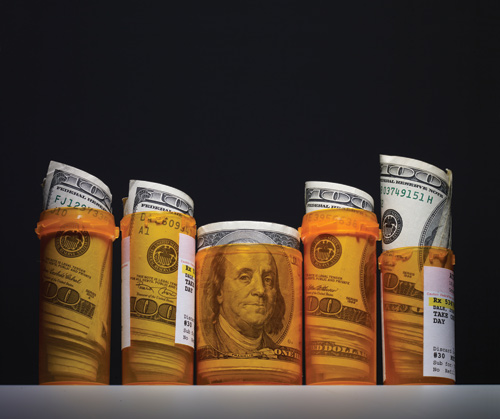 Americans believe in the power of markets. Its one reason the nation has chosen not to follow the examples of Great Britain, Canada and other socialist models when it comes to health care. But there are open markets, and then theres United States health care.

In open markets, competition is supposed to drive prices down and quality up. Yet Americans shell out nearly three times more per person on health care than other developed countries. With no real price and quality data available to the public, its almost impossible to shop around for medical treatment.

Ever-rising health care costs to both consumers and businesses have sparked a movement around health care transparency in recent years. In January, the movement reached Olympia. A rare coalition of business groups, hospitals, consumer advocates, doctors, native tribes and politicians aligned in support of an all-payer claims database in Washington. Sixteen states already have such databases in place or are in the process of creating them (see map on next page), and others are moving in that direction.

The primary goal of the database is to reveal how insurance companies pay for treatments at specific health care providers, thus exposing price and quality variations for consumers. Such a system encourages health care providers to lower their prices to be more competitive. The databases have been created without controversy in other states, and it seemed Washington was on a similar track with its own proposal earlier this year. Only one politician and one company publicly opposed the state Senates bill to build one: State Senator Randi Becker, REatonville, and health insurance giant Premera Blue Cross.

By March, the effort was dead. In a move not subject to wider statehouse debate, Becker used her position as chair of the Senate Health Care Committee to block creation of a health care database. The compromises passed in its place are called useless, even by legislators whom Becker describes as allies on the issue.

This is one of those cases where something is done and they barely even try to defend it, says Senator Karen Keiser, DKent, a committee member who pushed for the database. Unfortunately, its the easiest thing in the world to maintain the status quo. Especially when theres a powerful interest group like Premera trying to keep the window closed.

Simply put, the lack of a public database in Washington makes it harder for businesses and individuals to control their health care costs. So what was behind its failure in Olympia? Seattle Business magazine interviewed more than a dozen people in insurance, politics and health care in Washington and other states to understand the debates stakes.

There are two areas everyone seems to agree on. One is that health care cost transparency is a great concept. The other is that its a complex concept. Considering that two national advocacy groups Catalyst for Payment Reform (CPR) and the Health Care Incentives Improvement Institute (HCI3) awarded Washington an F grade in cost transparency this year, in this state complexity seems to be winning.

In navigating the subject, its helpful to identify the information thats not very useful. For instance, there is a tool on the Washington State Hospital Associations website (wsha.org) called WSHA Hospital Pricing. It allows anyone to look up common medical procedures and compare the prices hospitals in this state charge for them.

On the face, it sounds beneficial. Leo Greenawalt, who served for 30 years as WSHAs president, says the organization is very frustrated that consumers seldom use this service. When pressed, however, both he and other health care executives admit the tool doesnt offer relevant information to most people.

Charge information isnt overly useful, says Claudia Sanders, senior vice president of policy development at WSHA. There are tremendous differences between the charge offered [on the site] and the payment amount for insurance companies, or for Medicare and Medicaid patients. … Plans negotiate different discounts for different treatments.

Compare that tool with HealthSparq, a service that insurance company Regence BlueShield provides its customers. Featuring a slick, easy-to-use web interface, HealthSparq offers detailed comparisons of cost and quality among providers. Taking into account Regences price negotiations and a users specific plan, it estimates out-of-pocket expenses for hundreds of procedures.
For transparency to make any movement, it has to be easy for consumers to understand, says Don Antonucci, president of Regence BlueShield in Washington. If a tools not simple to use, you get nowhere. … Right now, the pressure is on both the commercial and public sector to move forward on this.

Every insurance company is now required to offer a HealthSparq-like tool by 2016, thanks to legislation passed in Olympia this year. Becker and Premera spokesman Eric Earling say this will do the job of a state claims database but with the efficiency of the private sector.

Critics are skeptical. For one, these tools are available only to current customers of the insurance companies. For businesses and individuals seeking insurance plans that meet their exact needs, the approach doesnt work.

If theres a medical treatment your child needs, and youre looking for the plan with the best negotiated rates on that, youre out of luck right now, says Greenawalt.

Patrick Connor, state director for the National Federation of Independent Business (NFIB), says the government requires businesses to buy plans but doesnt give them tools to compare benefits. Given the importance of health care costs to a companys bottom line, he says this is a problem Olympia isnt fixing.

Furthermore, private sector tools dont expose cost and quality variations in the overall system. An all-payer claims database works by pooling data from multiple insurance carriers into one place, exposing outliers, abnormalities and trends in the market. A recent study of New Hampshires claims database shows that it has reduced price variations among providers and allowed the market to exert downward pressure on costs.

The Washington Legislature passed a compromise around this issue as well. A database will be created in the state but will contain only limited amounts of information centering on public employees and Medicaid patients, as well as whatever data insurance companies offer voluntarily.

We did some data gathering, but we limited it, says Becker. Im most happy that we limited that. We can gather some data and see what it actually does.

According to Mary McWilliams, director of the Seattle-based nonprofit Washington Health Alliance, the compromise database is a red herring. Collecting data on public employees mightve been useful, but the plans of public teachers are exempt from this measure, she notes. Those happen to be the plans handled by Premera.

If you have three major [insurance] companies and one doesnt contribute data to the pool, you cant make an actual report, McWilliams asserts. It completely undermines the credibility of any result. … Premera was successful not only in precluding the release of their insured data [through a state claims database], but in precluding their contribution to this very limited database.
Becker, whom the Washington Public Interest Research Group has dubbed the senator from Premera, confirms that Premera is exempt from contributing to the database. Do I believe they should maybe contribute in the future? she asked. Yes. Do I think that needs to be mandated by the government? No. … Im frustrated when Im associated with being in Premeras pocket. Im not. I try not to do that with any single entity.

In an editorial, The Seattle Times criticized Beckers action and said, Premera Blue Cross cooed its approval of … action that denies consumers access to information to make better choices and help bring down healt care costs.

Asked to name another politician or organization supportive of this approach besides Premera, Becker names State Senator Linda Evans Parlette, RWenatchee, who also serves on the Senate Health Care Committee. She understood it more than others, Becker says.

Parlette defended the compromise until she was informed Premera wont be contributing. I didnt even know that, she says. Well, then, I guess this data will be useless after all.

Why is Premera the only state organization publicly opposed to an all-payer claims database? Earling, who is vice president for corporate communications at Premera, tosses out plenty of reasons. Theres general big government trepidation and his concern that hackers will access medical data. But his main point is one repeated by Becker: By pulling back the curtain on what insurance companies pay, a complete state claims database may give providers the upper hand in price negotiations, possibly raising health care prices.

Market intelligence on allowed amounts [for procedures] tends to be used by providers to drive the costs up, not down, says Earling. They use that information to negotiate from a position of strength. … There is no evidence that [claims databases] bring costs down.

A senior hospital official who asked not to be identified says this argument sounds like a lot of horseshit. Most others expressed a similar, albeit less descriptive, sentiment.

In the states that have these databases, we havent seen these Chicken Little predictions come true, says NFIBs Connor. The jury is still out on their full advantages, but successful transparency efforts are showing that costs go down as individuals gain more control over their dollars.

Edie Sonn is acting CEO of the Center for Improving Value in Health Care, the organization administering Colorados new claims database. She points to the study on New Hampshires claims database and a study by the University of Chicago, both of which provide evidence that transparency empowers the market to drive down costs.

Sonn admits that claims databases are difficult to create, are big administrative burdens for insurance companies and the public sector, and are still in need of sufficient study on their overall effectiveness. But these are not valid reasons for inaction, she declares.

My first thought on Premeras argument is that we live in an age of transparency, Sonn says. Show me another company that says showing their price tags puts them at a competitive disadvantage.

Andrea Caballero, program director for business-backed nonprofit Catalyst for Payment Reform (CPR) in San Francisco, says the more likely motive for Premeras opposition is to protect its market position. If youre number one, the thinking goes, why welcome change?

If Premera thinks they get the deepest discounts [from health care providers], they dont want others to see [that]because they might not keep their advantages against other plans, Caballero explains. Theres so much talk about unintended consequences, consumers dont get a public resource. She adds that Washington will likely receive another F in cost transparency next year.

As many other states create these databases, Caballero argues Washington legislators must revisit the issue to keep the state competitive on the issue of cost transparency. But Keiser sees little hope for a real all-payer claims database surviving Olympias current political dynamic. Becker and Premera, which is one of the largest corporate contributors to legislative candidates, are both firm that it shouldnt.

The private sector is the best equipped to offer meaningful transparency, says Earling. Lost on some of the advocates
of the database is that this is something the private sectors already doing. … The analogy I use to explain this to novices is its like when you go to a car dealership. Theres a [price] sticker on the car, but thats not what youre going to pay. Youre going to negotiate down the cost of a car, and youre going to have a trade-in.

Its an interesting analogy, considering the car businesss history. Until 1958, there were no price stickers on cars. Customers negotiated in the dark and costs varied widely from dealership to dealership. It took federal legislation to require that pricing stickers be attached to the car windows, in what is considered a major consumer-rights landmark.

Though the sticker prices on cars are indeed flexible, they provide a real measure of transparency around price and quality, and they help breed competition. One wonders what itll take to bring more of these factors to health care.