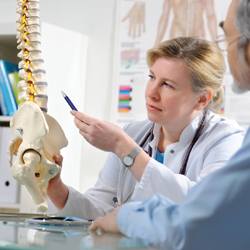 EDITORS NOTE: In 2004, Dr. Donald Storey, then the senior medical director of the Aetna Aexcel Performance Networks, conveyed unsettling news to Dr. Robert Mecklenburg and his physician colleagues at Virginia Mason Medical Center. Dr. Storey said that Virginia Mason could be excluded from an important Aetna network based on high costs for certain services. Dr. Mecklenburg and his colleagues had just collided head-on with the realities of the marketplacethat companies represented by Aetna (Starbucks, Costco, Alaska Airlines and many others) faced intense competitive pressure and needed to find high-quality, affordable care for their employees. Many doctors would have lamented this news from Aetna, but Mecklenburg, then chief of medicine at Virginia Mason, saw it as an opportunity to apply the Virginia Mason Production System (VMPS) to better align care with the needs of the marketplace. VMPS was an adaptation of the Toyota Production System, which had helped Virginia Mason eliminate waste and provide better, safer care for patients. Mecklenburg believed the system could serve the needs of companies as effectively as it served the needs of patients. Thus did Mecklenburg and others create Marketplace Collaboratives, in which teams worked to provide efficient, high-quality care at the lowest possible price. The teams addressed a variety of issues with a number of companies. This excerpt from Transforming Health Care: Virginia Mason Medical Centers Pursuit of the Perfect Patient Experience focuses on the work Virginia Mason did with Starbucks concerning back pain.

After receiving the news from Dr. Storey, Dr. Mecklenburg called then Starbucks benefits manager Annette King and asked whether he could come by and see her. She was somewhat taken aback, for she generally only heard from providers when they were seeking higher payments. The chief of medicine at a major medical center calling to request a meeting for how he might better serve her employeesnow that was unheard of. I never had anybody come and say, We want you to work with us on how we care for your employees, says King.

King told Mecklenburg she had a real issue with back pain among her employees and asked Mecklenburg to work on a plan to improve quality and reduce cost. I could hardly believe it, Mecklenburg says. Who would imagine that back pain was anything to get very excited about, and yet there it was: Large numbers of affected employees and a very high aggregate cost.

Mecklenburg learned that the cost burdens for companies were not due to the infrequent case of pancreatic cancer or thyroid cancer that required specialized training. It was back pain and headaches!

Mecklenburg and Dr. Andrew Friedman, head of the spine clinic, pledged to apply the Virginia Mason Production System to eliminate waste and provide better, more affordable care to Starbucks employees. This represented a radical cultural shift for Virginia Mason. The hospitals doctors were tailoring their care plan to the companys needs, something that had been virtually unheard of in the past. Rather than trying to align the marketplace with doctors interests, the solution was to align providers with the interests of the marketplace.

Mecklenburg says that the message from employers was that Virginia Mason was an important supplier of care to their employees and that the hospital needed to provide quality care without delay so that the employers could maintain a healthy, productive workforce while still managing the direct and indirect costs of care.

Mecklenburg, Friedman and their colleagues set about applying Toyota-inspired methods to hunt down waste and come up with a new approach that eliminated all non-value-added steps in favor of evidence-based medicine. They scrutinized every step in the process a patient went through for back-pain care. Then they studied how each step contributedor failed to contributeto improvement in patient relief.

The Virginia Mason team was completely transparent with King and Storey. When Mecklenburg and Friedman revealed the results of their research, the results were stunning. The study showed that 90 percent of what we did was no help at all, says Mecklenburg. Does an appointment with an orthopedic surgeon, a neurologist, a neurosurgeon help for uncomplicated back pain? The evidence says no. Does an MRI help? No. As far as we could tell, the only thing the evidence showed [that] was worth anything was physical therapy.

Annette King at Starbucks looked at the research and came to a quick conclusion. If the only thing giving value is physical therapy, then why dont we start with that? she asked.

Thus, it was decided that every patient with back pain would be offered a same-day appointment. Dr. Friedman of the spinal clinic established a plan whereby each patient would be treated by a two-person team consisting of a physical therapist and a physician and that the team would provide psychological reassurance as well as excellent quality diagnosis and treatment. Friedman emphasized the importance of the patients psychological health. There are three things that patients usually want when they come in, says Friedman. One is an accurate diagnosis, to know that they dont have cancer or something terrible. They also want pain relief. And they want to know how to get back to normal function.

Just three months after first meeting with Starbucks, Friedman was able to report that patients were receiving same-day access. He and his team had whittled down the waiting period for an appointment from an average of 31 days. Doctors and physical therapists also dramatically improved the speed at which they were returning patients to normal function. Ninety-four percent of patients were returned to work the same day or the day after. The team eliminated significant waste, particularly imaging tests that were not evidence based, thus reducing cost. And no prescription medications were needed in three-quarters of the cases, while patient satisfaction was through the roof.

Virginia Mason and Starbucks had participated in something truly special in health care. They had demonstrated an ability to change medical processes with speed and agilityand do so in a way that was directly responsive to the demands of the marketplace.

The financial question continues to nag, however. The issue is whether the health-care-payment system can change to support and encourage the kind of work Virginia Mason accomplished. Typically, fee-for-service arrangements pay for quantity of care regardless of the quality. The system, in fact, pays fairly well for a great deal of substandard care that often provides no benefit to the patient.

Mecklenburg says that when providers eliminate waste and produce reliable quality care, the cost declines. For that to work, he says, health plans must then pay for high quality and rapid access, not poor quality, waits and delays. To the extent that health plans are paying for poor-quality care or delayed care, cost to employers and patients and even the government stays high. Customers need to buy high quality and rapid access and stop buying poor quality and poor access. If they persist in purchasing poor quality, it will remain available in the marketplace and drive up cost.

Don Storey says the work at Virginia Mason means that the genie is out of the bottle. If you have openness and transparency around data, you can create phenomenal improvements around efficiency and quality. You could really start taking out tons of waste. This shows you can do the right stuff for a lot less money and do it better. We know we can make health care better almost instantly.

Working in Marketplace Collaboratives with other companies or governments, Mecklenburg and his colleagues created similar services for migraine headaches, breast nodules and shoulder, knee, and hip pain.

Says Mecklenburg: The problem is that we squander 50 percent of our health-care dollars on medical care that does not improve the health and well-being of patients. Poor quality is the primary driver of excess cost. In the U.S., we produce, consume and pay for a great deal of great medical care; the best medical care in the world is available in the U.S. when we do it right. But we dont always do it right. We also produce, consume and pay for hundreds of millions of dollars of ineffective and low-quality care that takes money out of the system without returning commensurate value. It is this waste that drives the price of health care beyond our reach as a nation. We are all paying the tab.