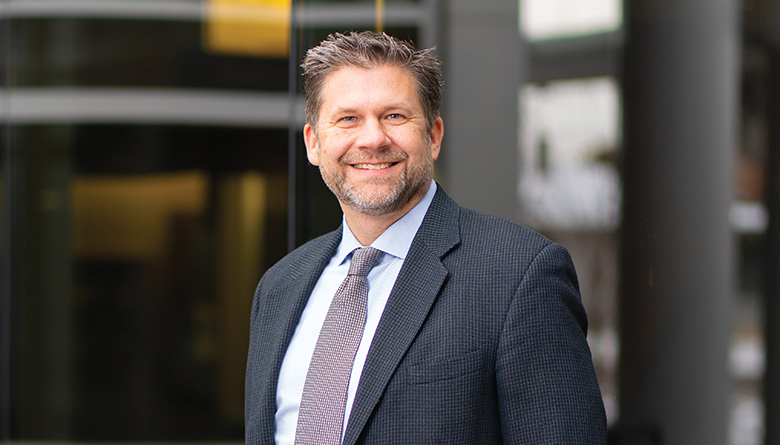 This article appears in print in the March 2019 issue. See more about the winners of the 2019 Leaders in Healthcare Awards here. Click here for a free subscription.

Mitchell Garrison felt drawn to medicine because it helps people in impactful ways. Health care also satisfied his constant curiosity. Trained in the military, he went to Fort Lewis for his residency and then completed a hematology and medical oncology fellowship at Brooke Army Medical Center in San Antonio. As attending staff physician at Brooke, he was a principal investigator for trials of the Southwest Oncology Group.

In 2006, Dr. Garrison joined the physician-owned medical group at Wenatchee Valley Medical Center as a hematologist-oncologist. He joined its board of directors in 2011, and was elected board chairman and president in January 2015. He has since piloted the group with 250-plus physicians through significant changes, spearheading the boards creation of a five-year strategic plan.

Dr. Garrison also is credited with the recruitment of 50 new physicians in the past two years significant for a rural health care organization. Those physicians are likely to stay because Dr. Garrison promotes physician mentorships.

Physicians are people with incredible talent and heart, he says, but also people with needs. [They need] peers who share knowledge, suggest improvements and cheer on a colleague.

Dr. Garrison serves on the board of Confluence Health, the regions principal health system, whose treatment regimen is on a par with those in major cities. Serving in this rural area of Washington, he says, I can provide care that people would simply not receive if we did not go to them.

Jeff Cohen, Kline Gallands CEO for 12 years, has led expanded services at a facility first opened in 1914 as the regions only Jewish nursing home. Long ago, it grew to care for people of all religions, but Cohen saw a need to create a hospice program specifically for Seattles Jewish population. After painstaking work, a new program was approved in 2010. Cohen has overseen overall revenue growth from $19 million to $52 million. Nearly 800 employees care for more than 15,000 people each year. Operations include the Kline Galland Home skilled nursing facility; The Summit at First Hill, an independent and assisted-living community; a home care program; and its rehabilitation and transitional care unit. A free senior-care phone resource line also launched last year.