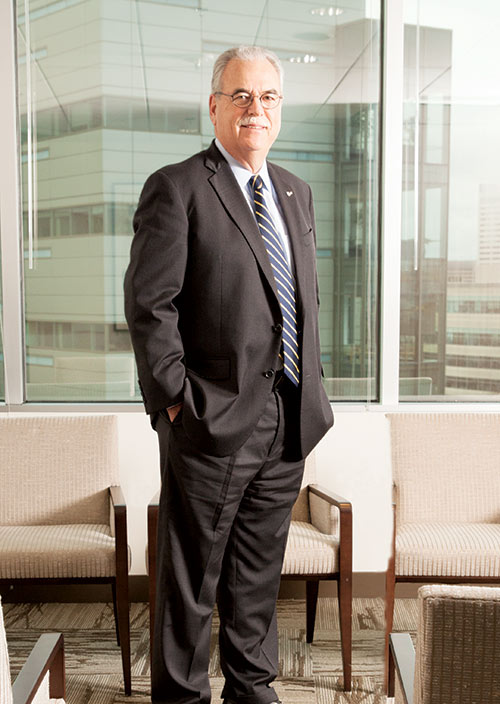 For the past 40 years his entire career Rich Umbdenstock has been leading change in a field where he says doing the extraordinary is the ordinary. Along the way, he has helped to improve the quality and safety of health care for Americans.

As leader of the American Hospital Association, which serves more than 5,000 member hospitals, health systems and other health care organizations, Umbdenstock pushed for health care reform and strengthened a diverse group of 43,000 individual members. His career includes hospital administration, health system governance, and management and integration. I have always subscribed to the principle of servant leadership, he notes, and have been privileged to serve in positions where the opportunities for significant impact have been great.

After eight years as president and CEO of the American Hospital Association, Umbdenstock, 65, retired last December. He and his wife, Barbara, moved back to his hometown of Spokane, where his four grown children were born and raised. They originally moved to Spokane in 1979 but lived in Washington, D.C., for his AHA duties. As a retiree, he is looking forward to traveling and spending more time with his family and six grandkids in the Pacific Northwest.

A highlight in his career was playing a key role in the debate, passage and implementation of the Affordable Care Act. He defines health care as people caring for people, often when they are at the most vulnerable point in their lives.

Umbdenstocks advice to colleagues is to embrace change. He believes all members of a health care team, including patients, have to rethink how they will do what they do so that care is better, safer, more convenient and, ultimately, less expensive. The future will reward wellness over treatment, he predicts.