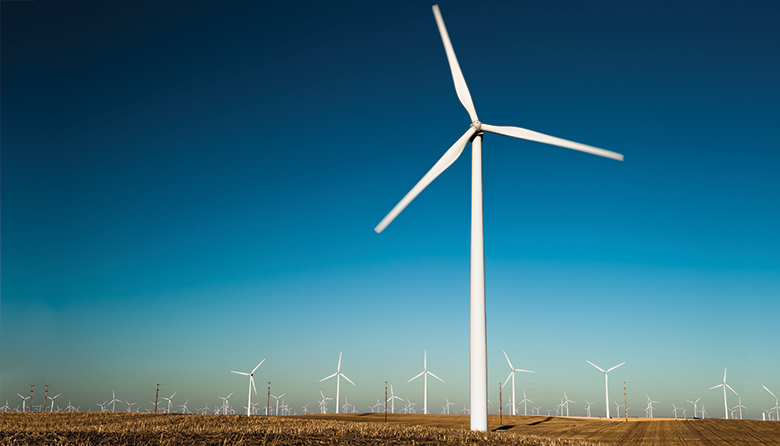 ENERGY FOR ALL. LevelTens aim is to make it easier for all businesses to buy renewable energy something only the largest companies have been able to do previously because of the complexity of the deals.

This article appears in print in the October 2018 issue. Click here for a free subscription.

Want to save your company money on energy costs and support renewable energy at the same time?

If you dont have the resources of Google or Microsoft to pay for your own wind farm, LevelTen Energy offers an alternative. Think of it as a mutual fund for renewable energy, says Bryce Smith, CEO and founder of the Seattle-based company.

LevelTen contracts with businesses and other organizations that have large energy needs a university, for example to deliver electricity from renewable energy projects such as solar and wind farms at a set price for a set term. At the same time, LevelTen works with developers of those energy projects, who, with those energy contracts in hand, are able to obtain financing for construction of the projects.

The renewable energy is sold to utilities at market rates and the utilities in turn reduce the amount of energy they purchase from fossil-fuel plants.

The risk of a companys building its own renewable energy plant assuming financing is available is that the wholesale market price of energy may fall below the cost of power from the renewable energy project. LevelTens energy portfolios guard against that risk by spreading it out over many projects in many locations.

The problem is that wind and solar projects and power buyers have a very hard time finding each other, says Smith, who launched LevelTen in January. We have around 1,100 projects in the marketplace. If you are a corporate customer, typically you dont know which of those 1,100 projects is a good match for you. The other issue is that if you are a company and youre going to buy all of your renewable electricity from a single project, that can be risky much like putting all of your retirement funds into a single stock.”

LevelTen earns revenue by collecting a fixed fee for the term of the contract, based on the number of megawatt hours delivered, and says it has negotiated purchase agreements amounting to more than a million megawatt hours in new clean energy creation.