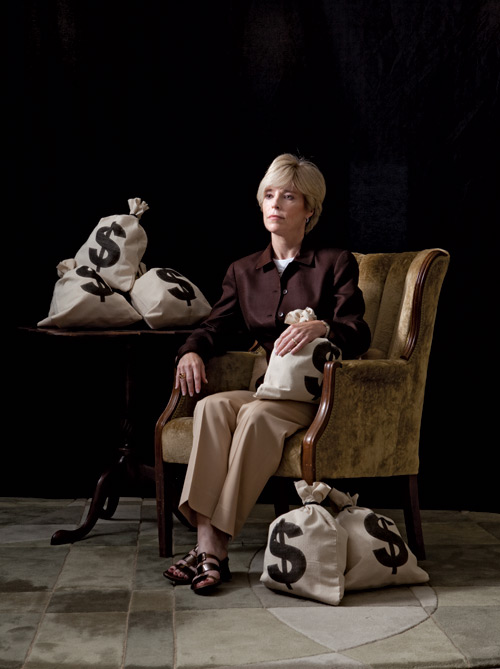 Heres a challenge: Making a case for investing in growth
stocks at a time when, as Zevenbergen Capital Investments‘ Lisa Foley puts it, Everybody
felt like the wheels were coming off.

But Zevenbergen Capital Investments did, because thats what
its been doing since 1987: looking for opportunities in high-growth stocks.
And given the increase in assets managed, investors were buying the story.

One of our biggest joys is when clients have the confidence
to add additional funding, which they did, and also acquiring new clients who
want to add that growth perspective to their portfolio, says Foley, managing
director and investment officer for the Seattle-based company.

Two reasons that new and existing clients were willing to
invest with Zevenbergen, Foley says, are experience and a long-term
perspective. Were not new to seeing extreme cycles, and having the experience
in order to position for those extreme times, she says. Some people change
their philosophy at the wrong time.

Thats a mistake with an investing philosophy based on
longer-term performance, she adds. One year doesnt make a cycle, Foley
notes. You have to look at years leading up to [the present] and then if
youre lucky enough to be looking at them in the rear-view mirror, the years
after that. Not every year is a winning year. For us, were asking our
companies to perform long term. Were not asking them to do what we want them
to do in one year.

We have to manage the portfolio that way and our clients
expect ups and downs with our style. Theyre also prepared that in the long
term, well deliver.

Zevenbergen Capitals performance benefited from positions
in early cyclical stocks such as technology and consumer-discretionary
companies. On the other hand, its holdings of alternative-energy stocks
suffered because those companies found it tough to find financing. Not every
sector was rosy, she says.

But such is the nature of growth-oriented investing. The
plan for us is to stay consistent to the philosophy, Foley explains. Were
actually looking for the year to set up a good benefit for us. As you get the
recovery period after an economic downturn, it becomes a situation where all
boats float. The trick, she says, is finding businesses with consistent
earnings growth in the later stages of a rebound. And doing that is the firms
forte.

Thats just part of the cycle, she adds.
Sometimes value does well; sometimes growth does well. 2010 is going to be a
growth year.