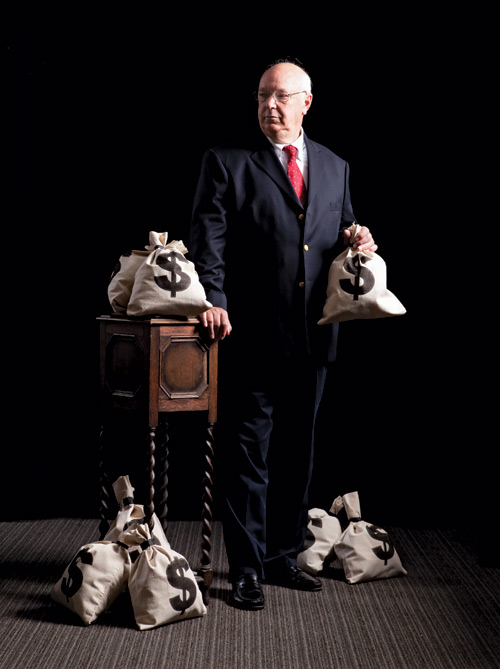 If Seattle is somewhat off the beaten path of the money
management industry, then how far off the map is Bellingham?

Not so far that investors havent been able to find it, if
Saturna Capitals gain in the RAH rankings is any indication.

Those customers were also likely attracted to Saturnas
stated conservative approach to investing. We dont have a goal of beating the
market in an up period, Kaiser says. That means Saturnas funds will tend to
trail market averages in years of recovery. In down markets, we lose less.

That seems to be a strategy more and more people appreciate.

Saturna might be best known for its Amana funds, which are
managed according to Islamic investing principles. That means avoiding interest
and steering clear of companies involved in such businesses as liquor and
gambling. Kaiser notes only about 40 percent of public companies pass the
initial screen.

The restriction on interest means no investing in banks,
which proved to be a very good thing for the Amana funds. Kaiser also steers
clear of companies with high degrees of leverage, which keeps him away from
airlines. (Boeing is also out because of its debt level and its defense
division.) Were a value manager; we simply look for good value, Kaiser says.
The formula works pretty well.

The Amana group last year added a developing-world offering
to its income and growth funds. That might sound contradictory given Saturnas
conservative approach and the reputation for volatility in those emerging
markets. But Kaiser adds that volatility results from a preponderance of
smaller, more leveraged businesses. Screening out those leverage-dependent
companies improves returns over the long haul.

Saturna also operates the Sextant family of funds; Kaiser
says those function on whats known as a fulcrum advisory fee, in which the
money paid to Saturna is tied to the funds performance.

Dont expect any dramatic changes from what Saturna has been
doing. Kaiser notes that while the S&P 500 fell in the first half of 2010,
Saturnas assets under management rose. Protecting peoples money in down
years has kept us doing well, he says.