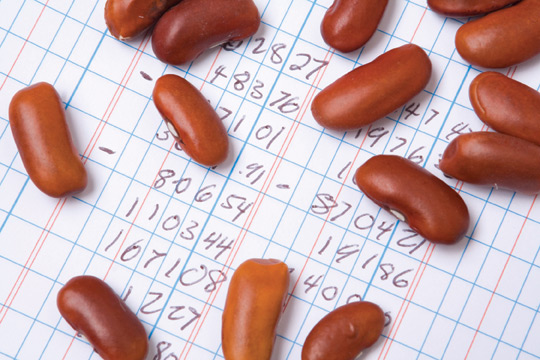 Called the Business & Occupation Tax, the B&O is loathed with the intensity usually reserved for your college football teams archrival. Think the Apple Cup, but with lots more money at stake.

The B&O is a tax on gross receipts. Sounds simple, right? Not at all, say business owners. First enacted as a temporary funding mechanism in 1933, it has been amended, tweaked and updated to include hundreds of exemptions, exceptions and classifications. And 39 cities in the stateincluding Seattlehave gotten in on the action, imposing their own versions of the B&O on top of the state tax.

Its crazy. Its a nightmare to figure out, says Steve Neighbors, chairman of Bellevue-based Terra Staffing Group, which connects job seekers with a variety of businesses.

Heres how the state B&O works: Businesses receive a classification with a corresponding tax rate. They then apply that rate to their gross receipts and cut Washington a check. Most classifications come with a tax rate below 1 percent, which is low. But what drives many nuts is that businesses get taxed whether they make money or lose money, which critics of the levy say is especially hard on startups and small firms.

Even in those years youre not making a profit, the government gets paid before the owner of the business, says Neighbors.

And classifications arent concrete. They vary depending on what the business does and where it does ita feature that can drive bean counters mad. For example, if a widget factory in Wenatchee sells its product to a customer in Washington, it gets taxed at the rate for wholesalers (0.484 percent). But if it sells those widgets in Wyoming or anywhere else out of state, it’s considered a manufacturer. And within the manufacturing classification, different tax rates can apply.

Neighbors says the situation is particularly maddening for his firm, which sends workers out to different types of businesses in different cities. Terra Staffing has to figure out the particular tax for the particular industry its workers toil in, and cough up accordingly. And to make matters worse, Neighbors says an exemption the staffing industry once enjoyed was recently eliminated.

Our B&O tax tripled when that went away, he notes.

Washington is the only state in the country that taxes businesses this way. The Washington Policy Center, an independent public-policy think tank, says the B&O is nationally recognized as one of the worst ways to tax businesses. An economist from the Tax Foundation, a Washington, D.C.-based research group, has called the tax deeply flawed and damaging.

Gubernatorial candidates Rob McKenna, Republican, and Jay Inslee, Democrat, have both talked about changing the tax structure in Washington state. And theres bipartisan agreement in the state Legislature that Washingtons tax situation is messed up. Liberals hate the regressive retail sales tax and conservatives (and more than a few liberals, too) think there has to be a better way to get money from businesses.

So changing or eliminating the B&O should be an easy sell, no?

Heres where things get complicated. Businesses have come to, if not like, at least tolerate with gritted teeth the B&O system they know. And policymakers are wary of tweaking Washingtons second-largest source of revenue behind the general sales tax. In the 2011 fiscal year, the state collected $3 billion from businesses, representing nearly 19 percent of Washingtons tax receipts.

Dann Mead Smith, president of the Washington Policy Center, says the B&O is hard to kill for several reasons.

First, the most likely alternative is an income tax, which would ahave a negative impact on the states attractiveness as a place to do business, Smith says.

Smith also says many businesses bene-fit from the several hundred exemptions that have been written into the B&O tax. Switching to an income tax could wipe that out, he says, … [and] the beneficiaries of all of these exemptions fight tooth and nail to keep them.

Finally, many business owners dont trust the Legislature to enact something better, so they tepidly embrace the devil they know.

Some defenders of the B&O tax say the system has the virtue of being much harder to avoid. Its far easier, for example, to manipulate your income in any given year than it is your gross revenues. And Microsoft, which tends to earn a lot of income in relation to its revenues, benefits from a tax that is based on revenues and would likely fight a change. Then there is Boeing, whose taxes are sharply reduced through special exemptions. Such big players are unlikely to support any changes in the current structure.

Considering that the states tax receipts are crateringlawmakers faced a $5 billion deficit last year and are in the process of patching a roughly $2 billion hole nowtheres not much legislative initiative to overhaul the system, either.

Those efforts, however, havent stopped people from making recommendations. In 2010, the Washington Policy Center suggested replacing the B&O with a single margin tax based on gross receipts, but with deductions to consider some of the costs of doing business. The tax would be figured by taking a businesss total annual gross receipts, then subtracting the cost of production or total compensation. The amount a business paid would depend on how much money it actually made.

Others would simply like to see the elimination of special exemptions. But business owners arent hopeful of seeing a new set of rules anytime soon. Im a little pessimistic, Neighbors admits. When youre dealing with the Legislature, you chip away, a little at a time. But I think we need to keep banging on it.

Some categories get special breaks, some don’t