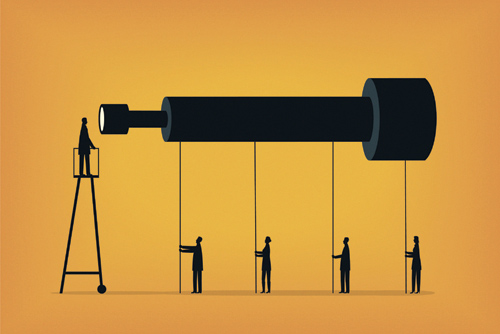 Sixty years ago, in the Journal of Political Economy, University of Washington Professors Douglass North and Charles Tiebout engaged in a debate on the nature of regional economic growth. North went on to win the Nobel Prize in Economic Sciences; Tiebout might have contended for it had he not died at the age of 43.

1. A regional economy can be divided into two sectors, one producing exports (the basic sector), and the other producing goods and services for the local market (the nonbasic sector).

2. Export growth, bringing new money into the region, causes an expansion of the nonbasic sector through a multiplier (respending) process.

3. A stable relationship exists between the basic and nonbasic sectors.

4. Labor and capital are mobile.

North contended that the key to economic growth was exports, the makeup of which was determined by the regions comparative advantage. Tiebout argued that the economic base consisted of more than just exports; there were other activities, such as tourism and military base operations, which also brought money into a region.

A key concept associated with the economic base theory is the multiplier. An increase of exports not only leads to more jobs in the exporting industry but also in the rest of the economy. As North expressed it, the fate of the residentiary (nonbasic) sector depends on the success of the export sector.

Output multipliers have been fairly stable over time, but employment multipliers in certain basic industries, like aerospace and lumber and wood products, have increased due to their relatively rapid gains in labor productivity and real wage rates. In other words, each Boeing worker today supports more jobs in the Puget Sound region than he or she did 10 years ago.

For example, consider an economy with two workers. The first manufactures one airplane per year and it is sold for a dollar. He uses the income to purchase a hamburger, which is produced by the second worker. Ten years later, the aircraft worker, because of productivity gains, can build two airplanes, which earns him two dollars. He buys two hamburgers, which now require two workers to make because the hamburger industry has not become more efficient. Looking at jobs, it appears that the hamburger industry is responsible for all the growth, when in fact it is the aircraft industry that has caused the economys output and income to double and employment to increase by one half.

Another important element of the economic base theory is the mobility of labor. North and Tiebout believed that people followed jobs, which is obvious in Puget Sounds volatile economic history. The 1969-71 Boeing Bust cost the region 100,000 jobs and forced 70,000 people to leave for greener pastures. The subsequent 10-year expansion created 350,000 jobs and attracted 300,000 migrants to the region.

A mobile labor force has other profound effects. It keeps the region from maintaining a permanently low unemployment rate despite relatively rapid job growth. In fact, since 1970, the Puget Sound jobless rate has averaged 6.7 percent, higher than the 6.4 percent rate for the United States.

The mobility of labor also eliminates wage differentials between the region and the nation. If wages are bid up during a growth spurt, the gain will be temporary, as people move into the region and expand the supply of workers. This is the principal reason why Puget Sound and U.S. per capita incomes adjusted for inflation have risen more or less together during the past four decades, 2.0 percent and 1.9 percent per year, respectively.

As a final point, goods and services can move from place to place even more readily than labor. Thus, as in the case of wage rates, regional and national prices, as measured by the consumer price index, tend to move together over time.

So, does the economic base theory of regional growth have anything to say about the course of the Puget Sound economy today?

Because of the strength of its basic sector, the region has bounced back from the Great Recession faster than the nation. Since the employment trough of the Great Recession in the first quarter of 2010, Puget Sound jobs have grown at a 2.4 percent annual rate, significantly faster than the 1.6 percent national rate. So far, the region has created 220,000 jobs during the recovery, a remarkable feat considering that during the prior 10 years, the so-called Dismal Decade, the net employment gain amounted to zero.

Boeing and Amazon, two of our largest exporting companies, have led the local rebound. Continuing its recovery from the Dot-Com 9/11 Recession, Boeing has increased production from 464 airplanes in 2010 to about 700 in 2014, and has added 11,000 jobs along the way. Amazon, which is striving to become the worlds internet retailer, is harder to track, since the company does not divulge its local employment figures. Sketchy job estimates indicate that since early 2010, Amazon has hired about 14,000 employees regionally, many of whom work at its South Lake Union headquarters and make more than $100,000 per year.

If one assumes that the Puget Sound wage and salary employment multiplier for these two companies is three which is our estimate for the aerospace industry based on simulations Boeing and Amazon have accounted for approximately 75,000 of the regions new jobs since the bottom of the Great Recession. That leaves the rest of the economy adding 145,000 jobs. The employment growth rate for that part of the economy is therefore 1.6 percent per year, identical to the national rate. This implies that, without the extra push from Boeing and Amazon, the region would have expanded no faster than the nation during the recovery.

In the first quarter of 2010, the Puget Sound and U.S. unemployment rates were nearly the same, 9.7 percent and 9.8 percent, respectively. The rates are now 4.9 percent for the region and 5.8 percent nationally. Given that employment has risen 12.7 percent in the region but only 8.4 percent in the nation since the turnaround, one might expect a bigger gap between the rates. But the regional unemployment rate has been held up by an influx of migrants seeking job opportunities in the rapidly growing Puget Sound economy. Indeed, there is a good chance that the two jobless rates will eventually converge, as they have in the past.

Strong employment growth and a relatively low unemployment rate have helped regional pocketbooks, at least for the time being. During the past five years, while the U.S. average annual wage has risen from $48,100 to $54,800 (13.9 percent), Puget Sound pay has increased from $58,100 to $67,800 (16.7 percent). So far, however, the robustness of the regional upturn has had no debilitating effect on inflation, as both the Seattle and U.S. consumer price indexes have climbed at a relatively tame 2 percent annual rate.

During the recovery, regional population has grown at a 1.2 percent annual rate, 0.5 percentage points faster than the national rate. This has given the housing market a much needed pickup. With a 4 percent vacancy rate and a 6 percent rate hike, the apartment market enjoyed one of its best years ever in 2014. The owner-occupied market is still struggling. Annual home sales currently number 60,000, about 5,000 below trend. Residential building permits have topped 20,000 units, only 2,000 below normal, but the mix has yet to favor single-family homebuilding.

One sector not benefiting from population growth has been government. Because of the inadequacy and volatility of the Washington tax system (see essay on page 26), state government experienced an unprecedented loss of tax revenue during the Great Recession. Between FY 2007 and FY 2013, despite temporary enhancements to revenue, per capita tax revenue measured in 2009 dollars plunged from $2,376 to $2,056, a 13.5 percent drop. Putting it another way, the real purchasing power of state government tax revenue the ability to provide public goods and services for the people of Washington declined by one-seventh in the six-year period.

As always, the future is full of questions. Will the national elections spawn new economic policies in the other Washington? When will the European and Chinese economies step on the gas? How long will low energy prices last? Where will state government find billions of dollars for basic education? Is it time to consider fixing our dysfunctional state and local tax system?

The Blue Chip national economists are optimistic about the next two years. After a disappointing 2.2 percent gain in 2014, real Gross Domestic Product will expand 3.0 percent in 2015 and 2.9 percent in 2016. This will spur job growth to 1.9 percent per year or the equivalent to 225,000 jobs per month. As a result, the unemployment rate will fall to 5.4 percent by the end of 2016. The tighter labor market, however, should not appreciably affect the inflation rate, which is predicted to be around 2.1 percent, according to the Consumer Price Index.

How well the Puget Sound economy fares again depends on the performance of its basic industries. Data show that the job cuts announced by Boeing and Microsoft are underway. If the anticipated losses, estimated at a few thousand employees, are offset by the gains at Amazon, which seems likely at this time, the region should continue to outpace the nation for now.
However, lacking the collective lift provided by Boeing, Microsoft and Amazon, the regional economy is expected to slow down from its current pace, possibly converging to the national growth rate in three or four years. Following a 3.0 percent job gain in 2014, likely the high point for the current cycle, employment will increase 2.6 percent in 2015 and 2.0 percent in 2016. Despite decelerating job growth, the unemployment rate will continue to fall, settling down to 4.8 percent in 2016. A reduction in the job creation rate will have a dampening effect on in-migration, causing the population growth rate to sag to 1.0 percent.

During the next two years, the apartment market is expected to cool off but only because it has been extremely hot of late. On the other hand, there is still room for improvement in the single-family market due to pent-up demand for housing from the recession and low mortgage rates. With the help of wage hikes, personal income will continue to rise at about a 5.5 percent rate. However, the retail sales growth rate, which peaked at 5.8 percent in 2013, will fall to about 5.0 percent in 2015 and 2016 as the strong cyclical forces of the expansion increased housing construction and falling unemployment begin to wane.

In short, the Puget Sound Forecasting Model, which is based on North and Tiebouts economic base theory of regional growth, is calling for a local slowdown. The outlook suggests that sometime in the near future, the regional economy will be following the national trajectory. But this should not be read as bad news, since it appears that the U.S. economy, though not fully recovered from the Great Recession, has finally entered into a healthy and sustainable expansion.

Dick Conway is principal of Dick Conway & Associates, a Seattle economic research and consulting firm. He is also copublisher of The Puget Sound Economic Forecaster,
a quarterly newsletter on the regional economy. He has an engineering degree from Stanford University and an MBA from the University of Washington. He received a doctorate in regional science from the University of Pennsylvania.
Conway has served on the Washington Governors Council of Economic Advisors since 1985 and was a member of the Washington State Tax Structure Study Committee. He has taught courses at the University of Washington in the Foster School of Business, the Geography Department and the Economics Department.