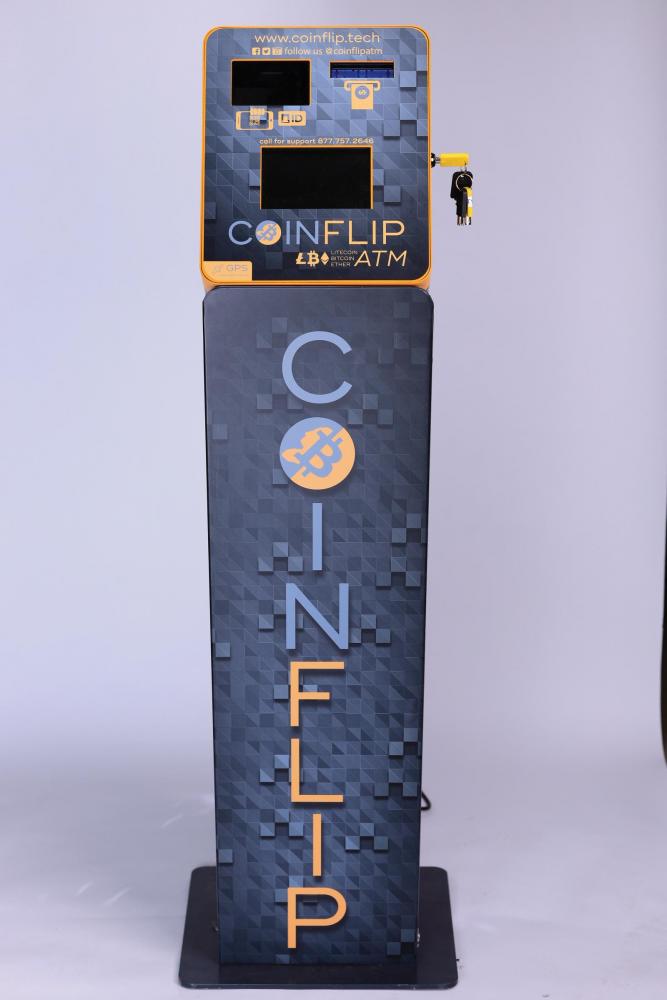 The Bitcoin battle is heating up in Washington state with the arrival of the nations largest crypto ATM provider.

Chicago-based CoinFlip recently installed 13 machines across Washington state, including two in Tacoma and one in Seattle, Olympia, Tumwater, Puyallup and Everett. It plans many more as cryptocurrency remains popular among bullish investors willing to take on risk in search of a sizable payoff.

CoinFlip joins several competitors that also have a presence in the state, including Coinsource, Coin Cloud, LibertyX, Coinme and RockItCoin, which recently opened its 100th ATM in Seattle. Theyre here not because they expect cryptocurrencies such as Bitcoin, Dogecoin, Ethereum and others to replace or compete with the U.S. monetary system but rather to offer an easy and accessible way for small investors to buy and sell cryptocurrency.

Earlier this year, Bitcoin reached a market cap of $1 trillion. An analysis by online media site Visual Capitalist said Bitcoin is the fastest asset ever to reach the trillion-dollar cap. It took Microsoft, for instance, 44 years to reach $1 trillion. It took Apple 42 years, Amazon 24 and Google 21. Bitcoin has been in existence only since 2009.

This might be unpopular with the Bitcoin crowd, but I dont think Bitcoin will become an everyday currency in the U.S., says CoinFlip Chief Executive Officer Ben Weiss, who cofounded the company six years ago when he was just 19. The dollar here is stable enough. And if you want to buy a $3 coffee, Bitcoin is still more complicated to pay for it than swiping a credit card.

CoinFlip makes money on transaction fees it charges ATM users, much like a bank does. Users scan their QR code, insert dollars into the machine and it sends Bitcoin back to the users cryptocurrency account. Weiss says the average transaction is a few hundred dollars.

CoinFlip machines are located in highly trafficked places with long hours such as grocery and convenience stores, vape shops and liquor stores. Its Tacoma locations, for example, are in the Main Street Gas & Grocery convenience store and the McChord Food Mart. Its Seattle ATM is in a Chevron station. Weiss says the average ATM receives between 10 and 30 transactions a day.

The company, which employs more than 200, now operates more than 2,000 terminals in 46 states. There were a total of 11,386 Bitcoin ATMs in the United States as of last January, according to data company Statista, making the country far and away the leader among the 58 countries with machines. Canada was No. 2, with only 1,042 machines.

Weiss says CoinFlip would have targeted Washington state for expansion sooner if not for regulations surrounding the machines. He says the company will continue growing here and elsewhere.