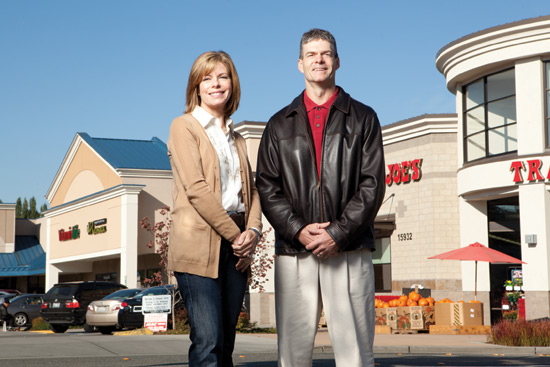 For more than 50 years, Bill Nelson purchased and developed commercial property, from warehouses and Class A office buildings to shopping centers and storefronts in Redmond, Kirkland and eastern Washington. A former insurance agent and owner of a brokerage firm, Nelson set a goal to build long-term value, provide a stable income to his five children and create a legacy for future generations of the family.

When they were growing up, the Nelson children took turns working for the Nelson Legacy Group, running errands and picking up trash in property parking lots. His sons served as construction labor and, as young adults, the children helped oversee construction projectsbut their father singlehandedly ran the business.

When Bill Nelson died in 2004, the second generation faced a steep learning curve as owners and leaders. Not only did they need to learn the business, they also had to learn how to work together. With the help of consultantsincluding Tom Markl, who eventually became the groups CEOthey developed a series of exemplary practices starting with a board-based governance process, a strategic plan and a family code of conduct, setting expectations for their behavior and interactions.

They established a rule requiring common counsel, meaning all shareholders work with the same lawyer and accountant to ensure the individuals abide by the rigorous bylaws aimed at keeping ownership in the family. In addition, they launched a multiyear program to prepare the next generation for eventual ownership and family leadership.

Their father wanted to ensure this was a legacy business, Markl points out. They made the decision to continue that … to maximize long-term value rather than pay salaries and provide employment for family. L.W.