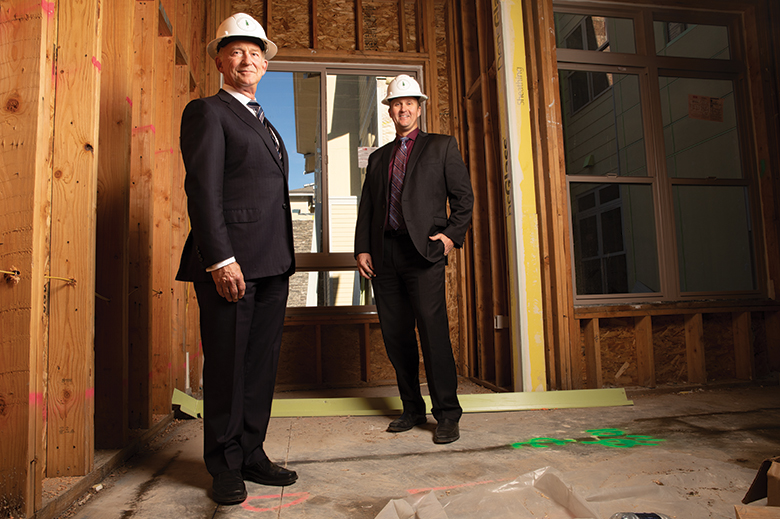 Village Concepts owns and operates some 20 housing and assisted-living facilities across the Puget Sound region and Central Washington that serve more than 1,300 seniors, with a top-flight nursing staff at the core of its care model.

The company was launched in 1975 by Bill Brown and is now led by the second and third generations of the Brown family with Bills son, Steve, serving as president and Steves son, Stuart, serving as chief executive officer. Along the way, the company has remained true to its commitment to quality resident care while also keeping up with the times by incorporating new training, education and care programs. It also stays in tune with the needs of its residents through programs like Project Bucket List. The program allows seniors to fulfill lifelong dreams making it possible for Dorothy Roth, who played in a World War II-era womens baseball league, to throw out the first pitch at a Seattle Mariners game, for example.

The company promotes open communications and input from all family members, holding true to its credo of creating a village that feels like family. Family members are encouraged to work for the company, but they must still apply and qualify for positions. The Brown familys business philosophy appears to be paying dividends. Village Concepts recorded a 14.4% increase in annual revenue between 2016 and 2018, to $40.8 million, and hired 60 new employees last year and currently employs around 375.

Creating supportive environments that foster continuous learning is a central value in the Brown family and is what Village Concepts strives to achieve, the company says.

As the owner and operator of some 20 upscale boutique hotels nationwide, including Seattles iconic Edgewater Hotel, Noble House Hotels & Resorts casts a wide net in the competitive hospitality industry. Founded in 1979 as Pacific Seaboard Group, it has since been rebranded Noble House but remains 100% family owned. It is headed by Pat Colee, founder and chairman. Colees sons Jamie and Scott also serve in key management positions as well as on the companys board. Noble House is committed to a strategy of controlled growth, typically renovating acquired properties to reposition them in the market. Across its operations and properties, Noble House employs about 2,700 people.