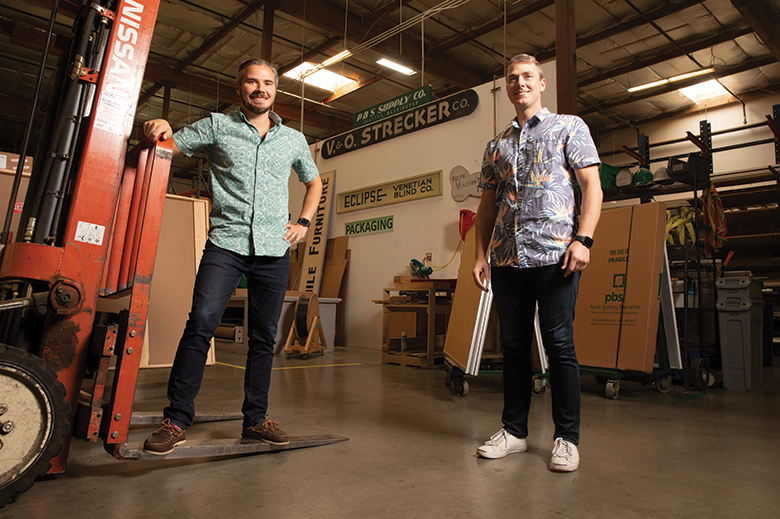 PBS Supply Co. has evolved gradually over time as all businesses must do to survive, but the family-owned business also has been confronted by more abrupt inflection points during the course of its history. How those events were handled has been key to the companys survival and continued flourishing as a business that today employs 32 people and boasts double-digit annual revenue growth.

PBS manufactures, distributes and installs visual-display products such as markerboards, whiteboards, tackable wall coverings and projection screens as well as specialty products like acoustical panels and lockers. The companys first major transformation occurred in 1965, almost three decades after its initial incarnation as Eclipse Venetian Blinds which was founded in 1937 near Lake Union in Seattle by brothers Vincent and Owen Strecker. By 1965, Eclipse had made the move into manufacturing poster boards and slate blackboards, setting the stage for the eventual incorporation in 1976 of the current iteration of the company: PBS Supply Co., which started out as a manufacturer of slate chalkboards.

Just after the turn of the century, in 2001, the family-owned company moved its expanding operations and product line to a new facility in Kent. A second major transformational point came in 2015, with the sudden death of the then-leader of the family business, David Strecker Sr. That thrust his two sons, David and Mark, into leadership roles as co-presidents, placing the third generation of Streckers at the helm.

Today, the company remains a family affair, with family shareholders gathering for regular meetings focused on financial, marketing and sales matters as well as business strategy. In that sense, transformation continues to be on the agenda. As a family-run company, business issues are handled with respect and integrity to ensure a positive family dynamic without compromising business objectives, the company says.