Lynden-based Twin Brook Creamery has been owned by the Stap family since 1910. 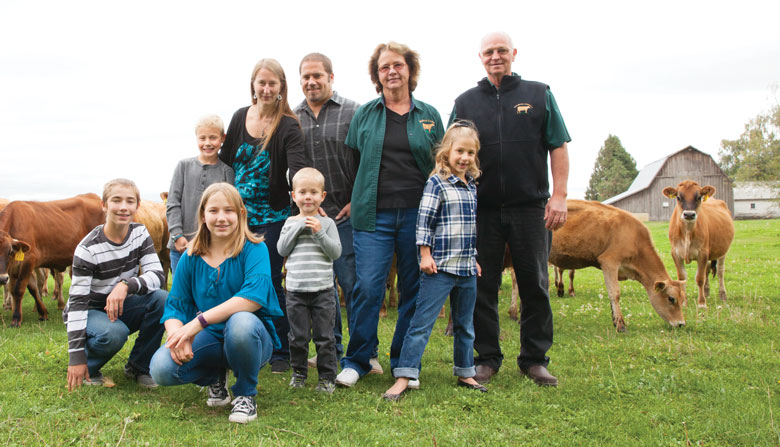 In 2007, its owners started a bottling operation, which has proved pivotal. Annual sales soared past $2 million in each of the past two years.

The niche market we found … was fresh milk in glass bottles, says co-owner Larry Stap, 63. People tell us over and over that its the best milk theyve had. Twin Brooks Jersey cows offer richer, sweeter-tasting milk, pasteurized for safety, but not homogenized.

Naturally, milk from the cow consists of skim and cream, the latter rising to the top, unless theres homogenization in processing. We leave it natural, Stap says.

The dairy, employing 11, is co-owned by Stap and his wife, Debbie, and their daughter, Michelle, and son-in-law, Mark Tolsma. Five Tolsma children, ages 3 to 12, constitute the sixth generation. The Staps son, Mike, is creamery manager. Larry Stap grew up on the farm, which was started 4 miles north of Lynden by his great-grandfather, Jacob Stap, in 1910.

The land eventually went to Jake Stap, Larrys dad. Jake, 87, and wife, Jeannette, 85, are now retired. Known for its environmental stewardship, Twin Brook also supports youth organizations and other groups. John Michener, with the Port of Bellingham, assisted the Staps in a loan program and observed the effort to bring a product that people havent seen in a long time. And Michener is a fan.

Their chocolate milk, he beams, is famous around here.