Kent-based Cascade Gasket has parts on every Boeing plane built after 1946. 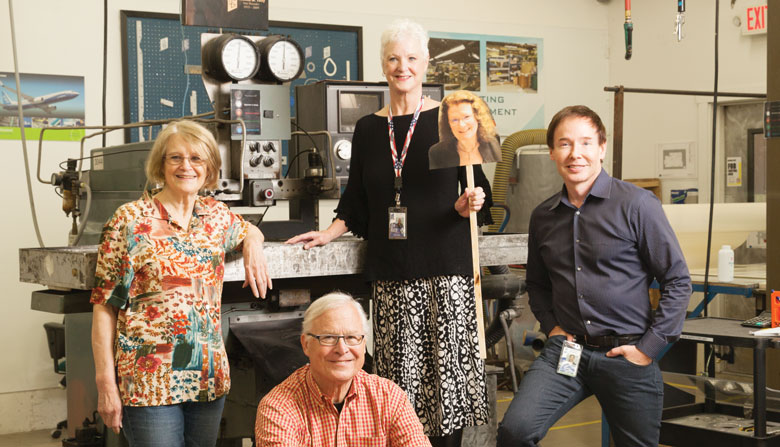 Growth continues to take off for Cascade Gasket & Manufacturing, a leader in the fabrication of aerospace seals and gaskets.

Last year, the company marked the 70th anniversary of its practice of providing specialized seals, molded rubber products and gaskets for aviation, marine, military and automotive industries. Its a compression molding leader.

Lee Terry, president, worked at Boeing for 17 years before she was asked to join Cascade in 1983 by her father, Franklin M. Terry, known as Mart. She took over leadership in the 1990s and the majority woman-owned business includes her as a shareholder along with two sisters and a brother. Across decades, Cascade went from a former chicken rendering site with three workers to a 32,000-square-foot Kent facility and 200 employees. Recent yearly gross revenue topped $26 million and its facility is a popular site for tours centering on manufacturing expertise.

Terrys parents moved to Seattle from Detroit in 1946, doing small runs of cork and rubber gaskets with quick turnaround for tugboats. They also did work for Boeing, making die-cut parts out of sheet rubber stock. Quickly, the business added compression molding, using raw rubber in a cavity under heat and pressure to mold a part.

We have parts on every Boeing plane built after 1946, Lee Terry says. Silicone use added another specialty, and Boeing work spiked. We really got aggressive in the seal business, Terry notes, and something called clamp blocks.

Clamp blocks hold up airplane hydraulics and electrical lines. Making fabric-coated seals provided another boom. They cause less friction when seals rub together, such as in airplane compartments.

If something has to happen, Terry adds, we make it happen.