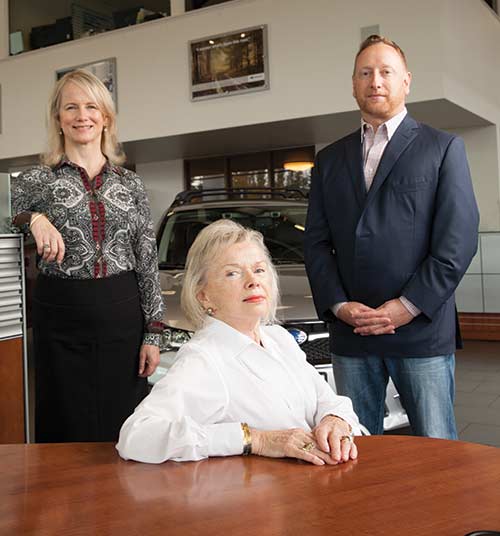 Begun 55 years ago, before Seattle even had a Space Needle, Carter Motors today has three auto dealerships and holds the top statewide position for new and used cars sold. Three members of the Carter family are shareholders and actively involved in daily operations. They are brother and sister Wade and Sara Carter, who run Carter Volkswagen in Ballard and Carter Subaru in Shoreline and Ballard, and their mom, Mary, who founded the company with her late husband, Wade Carter Jr.

Carter partners with multiple nonprofits supporting education, health, animal welfare and the environment. The companys philanthropy goes the extra mile with a program called On the Road to Carbon Neutral, pledging to plant one tree per each test drive taken by Carters customers. For every purchase, Carter plants three more trees. So far, that formula has meant more than 120,000 trees being planted on mountainsides along the Interstate 90 corridor.