Three Investors Who Believe in the Innovative Capabilities of Local Entrepreneurs 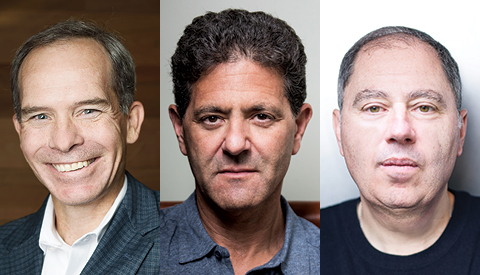 As much as wed like to think otherwise, Seattle is not yet a hotbed of venture capital activity. Zillow CEO Spencer Rascoff said as much in an interview earlier this year with The Seattle Times. While discussing the healthy state of the regions tech business, Rascoff observed, From a technology landscape standpoint, Im pleased with the vibrancy of the startup community, [but] I still think … Seattle needs more institutional venture capital. The fact that we have really only a handful of venture-capital firms based here is going to hold the region back from fulfilling its potential.

Still, without capital from local investors, many of the companies that now form the backbone of the Puget Sound economy from Amazon to Zulily, from Julep to Juno Therapeutics might not exist, or might exist elsewhere.

So heres to the venture capitalists who call Seattle home and who find promise and potential profit in betting on companies like Apptio and Avvo. Dato and Drugstore.com (acquired by Walgreens). Front Desk and FanNation.com (acquired by Sports Illustrated). Isilon Systems (acquired by EMC) and Insitu (acquired by Boeing). Moz and Modumetal. Redfin and Rover.com. Shippable and Spaceflight Services. Trupanion and Talyst. And plenty more.

On the pages that follow, we feature three prominent members of Seattles venture capital community who believe in the regions ability to create viable, sustainable businesses here. Two have made Forbes magazines annual Midas List of the top 100 venture capitalists in the world. The other has become a civic activist dedicated to addressing and solving economic inequality.

DAN LEVITAN
Dan Levitan cofounded Maveron with Howard Schultz in 1998. Since then, he has been the key player on many of Maverons home runs, including Zulily. In 2014, Forbes magazine named him to its Midas List of the top 100 VCs in the world. Levitan is a graduate of Duke University and has an M.B.A. from the Harvard Business School.

Investment youd characterize as your biggest success. Zulily and eBay

Company you passed on and now wish you had invested in. Blue Nile

Most important things to look for in a startup. The entrepreneur and his/her team; the size of the market; and a differentiated product/service

Best location for closing a deal. The CEOs office

Kinds of companies youre looking for and why. We specialize in identifying, financing and mentoring highly disruptive and immersive, consumer-facing companies. We love and invest in companies that integrate into the lives of consumers and make the world a better place.

The most effective entrepreneur youve encountered. Howard Schultz [of Starbucks], because he built one of the most respected brands in the world.

Top two deal breakers. Anything outside of consumer or anything too small

What do you do for fun? I go to Duke basketball games.

What kind of car do you drive? Tesla Model S

You might not know. Levitan has climbed Mount Kilimanjaro and Mount Rainier. He found a mentor in Duke basketball coach Mike Krzyzewski, who taught Levitan the central lesson of Maverons consumer-focused success: Always ask, Do you love your team?

NICK HANAUER
Nick Hanauer is an entrepreneur with a broad range of experience across manufacturing, retailing, e-commerce, digital media, advertising, software, aerospace, health care and finance. In 2015, he also founded Civic Ventures, a small group of political troublemakers devoted to ideas, policies and actions centering on significant social change. He holds a degree in philosophy from the University of Washington.

Investment youd characterize as your biggest success. For sure, aQuantive. I founded it and funded a big part of it and sold it [to Microsoft] for $6.4 billion. Also, Amazon as a first-round investor.

Company you passed on and now wish you had invested in. Rich Barton asked me to invest in Glassdoor, but I was too lazy to do anything. That was a screw-up.

Most important things to look for in a startup. My first screen is Nicks rule of transformational value. Every great business is predicated on a product or service that creates what I call transformational value that is, it is either 10 times better or 10 times cheaper or, ideally, both. Second, of course, the quality of the people. Bad people can kill a great idea but great people can evolve a mediocre idea.

Best location for closing a deal. My office.

Kinds of companies youre looking for and why. My partners and I look for very early-stage-ideas companies. We try to be hard core about them being headquartered locally, but have made exceptions for entrepreneurs we already knew and trusted. We are somewhat agnostic to industry, reasoning that its the stuff you have not considered before that may be the biggest opportunity. For example, one of our best and most exciting investments was Insitu [acquired by Boeing for $400 million], and they made drones before anyone knew what drones were.

What do you do for fun? What dont I do for fun? I believe that one of my finest and rarest qualities is my ability to efficiently convert money into fun.

What kind of car do you drive? Tesla Model S P90D

You might not know. Hanauer is a co-author (with Eric Liu) of two best-selling books in the political genre, The True Patriot and The Gardens of Democracy. He has been featured in two documentary films on economic inequality American Winter and Inequality for All.

Matt McIlwain joined Madrona Venture Group in 2000 and focuses on a broad range of software-driven firms. Current investments include Apptio, Envelop VR and Smartsheet. A graduate of Dartmouth College, he holds an M.B.A. from the Harvard Business School and a masters degree in public policy from Harvards Kennedy School of Government. He was named to the Forbes Midas List in 2008, 2009 and 2011.

Company you passed on and now wish you had invested in. Airbnb

Most important things to look for in a startup. Customer-driven problem/need; differentiated and technology-driven solution; compelling founding team that can build a great company

Best location for closing a deal. Coffee shop or a great restaurant

Kinds of companies youre looking for and why. Virtual reality/augmented reality companies and application intelligence companies that leverage machine learning to make apps smarter

Top two deal breakers. Not focusing on the customers problem, lack of transparency

What do you do for fun? Travel, play (and watch) sports, discuss policy issues

You might not know. McIlwain came to venture capital investing from an unlikely place: the Genuine Auto Parts Company in Atlanta, Georgia, which owns NAPA Auto Parts. He ended up spending a lot of time with venture capitalists and venture-backed companies that were interested in investing in the sector. He worked with Madrona on some projects and joined the firm in 1999.