DJ Sharlese Metcalf looks for the best in Northwest music for her Saturday night program, "Audioasis." 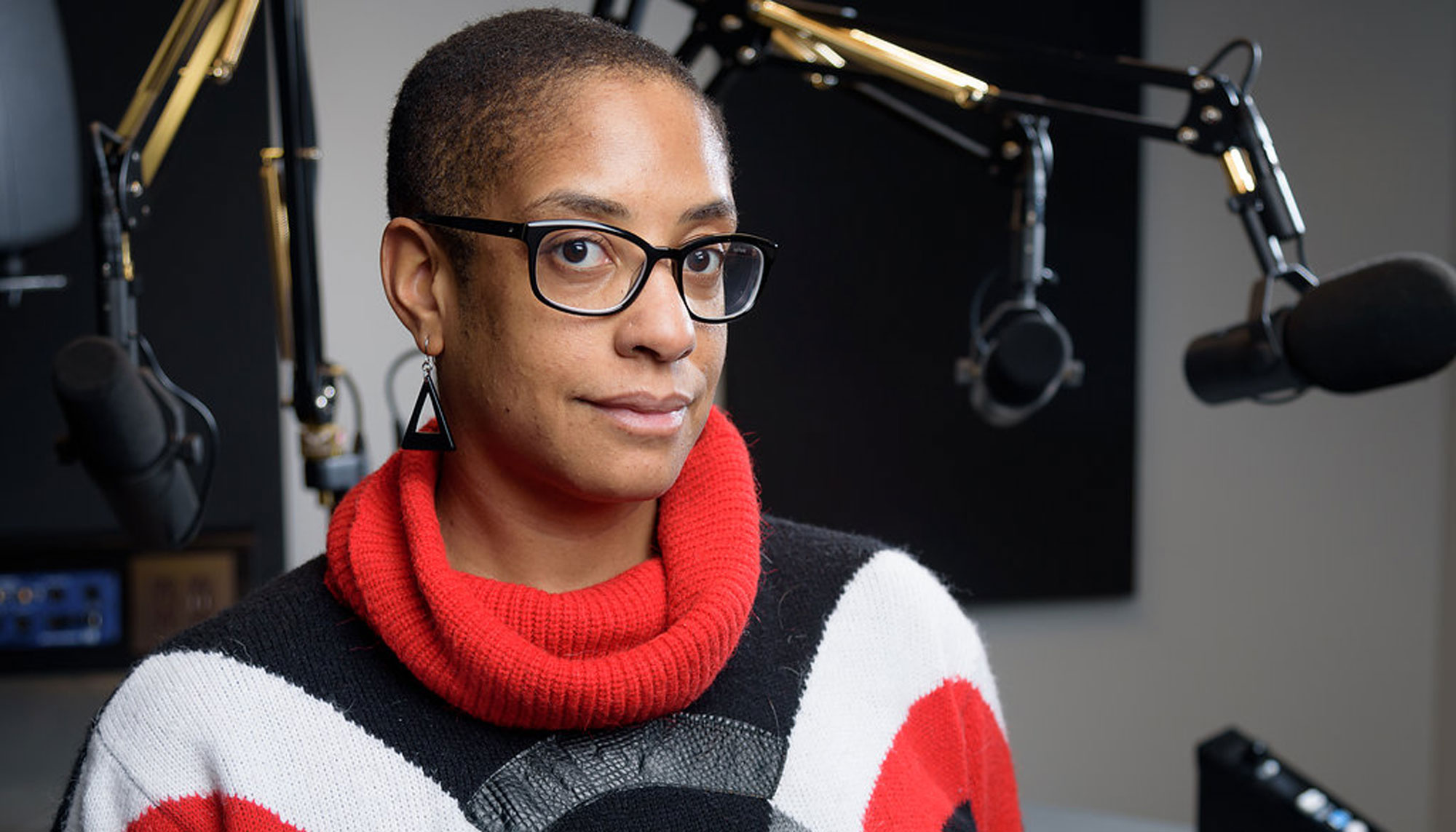 Sharlese Metcalf is host of the Northwest music program Audioasis on KEXP (Saturdays, 69 p.m.). She also is an original member of the TUF collective and cofounder of the DJ crew False Prophet (falseprophetdjs.com).

Describe the mission of Audioasis. To represent music of the Pacific Northwest from the past, the present and the future.

How do you find bands? Social media, demos in the mail, word of mouth. Plus I attend as many shows as I can in Seattle, Portland and Vancouver.

Have any bands made it during your tenure on Audioasis? I wrote a fan letter to a band called Rose Windows and they dropped off their CD and we started playing it and they ended up getting signed to Sub Pop! (Pause) And then they broke up. I had a moment of silence on the show in their honor.

Musicians must get excited when they see you at shows because, potentially, you can help them. Yeah … sometimes people come up to me to talk about their band and even though its probably not a conversation I want to have in that context, Im never mean or rude. I always listen. It takes more energy to be mean than it does to be nice.

Do you remember how you felt on your first on-air shift at KEXP? Excited! I had wanted to host Audioasis since doing a radio show at my college station [KJRG at Green River Community College], so I knew exactly what my playlist would be.

Is there anything specific you look for when listening to new music or scouting a band? No. When I listen to music, I listen with an open heart and an open ear and Im just looking for a good song.

Do you remember the first record you ever bought? Probably New Kids on the Blocks Hanging Tough. On cassette. I was so into them!

KEXPs mantra is Where the Music Matters. Why does the music matter? Music matters because its an emotional thing. We attach songs to memories, to thoughts, sometimes even to objects. Music makes me think about my journey in life and it helps to carry me along … to carry me through.

Youre an original member of TUF. Whats the mandate of the organization? TUF exists to uplift female nonbinary trans artists. Its a community of electronic musicians, DJs, sound engineers, curators, promoters, poets, writers and visual artists who can network and help each other out.

What is your role within TUF? I think Im there to offer support and advice, and hopefully my connection to KEXP can be inspiring and helpful.

Are you secretly a kick-ass frontwoman? No. Im awkward and shy and I get really nervous when I DJ in front of people.

Are you a kick-ass frontwoman in the privacy of your home? Definitely! My cat is my biggest fan.

If you had a band, what would its name be? When I was 13 or 14, I drew the letter S with a tail and traffic reports on the radio would talk about the Renton S curves, so I decided my band would be called S-Curve. I had the logo done and everything.

With the rapidly changing face of radio, how has KEXP stayed relevant? One way is through YouTube, because we shoot bands in our performance studio and those videos are available online. Also, our new public space, with the coffee shop and record store and ability to watch the DJs working, has been a game changer.

Name a song youre embarrassed to admit you love and you know the lyrics to. Cherry Pie by Warrant.

What is the main driver in your life? To wake up every day and know that I get to come to a cool place where my family is and the support is.

How would you describe your relationship with money? I am lucky to be able to work in the music industry and support myself. Do I wish I had a little more money? Sure, but I have enough and when I get paid tomorrow, Im going to buy the Visible Cloaks album and a matching jogging-suit set.

What piece of advice would you give to your younger self? Realize your capacity and know that saying no is OK.

What has been your scariest creative moment? Email miscommunication.

Youre stuck on a desert island and can have one food, one book and one record. A lavender and goat cheese scone from Crumble & Flake Patisserie, Pink Noises: Women on Electronic Music and Sound, and Built to Spills Theres Nothing Wrong with Love. Im going to be buried with that record.

What law or rule would you most like to enforce? Getting people to understand that although we look different on the outside, everybody is the same on the inside.

Where will I find you in 10 years? My hope is to be in some sort of community/city position, working for artists and advocating for the arts. Maybe Ill still have a radio show. Or I might become a yoga teacher. (Smiles)

For more on the lives of entertainers, artists and entrepreneurs, tune in to Art Zone with Nancy Guppy on the Seattle Channel (seattlechannel.org/artzone)