"We all experience different types of exclusion, limitations in using a device. Could we learn from people who experience exclusion on a regular basis by rethinking accessibility through the lens of interaction design?" 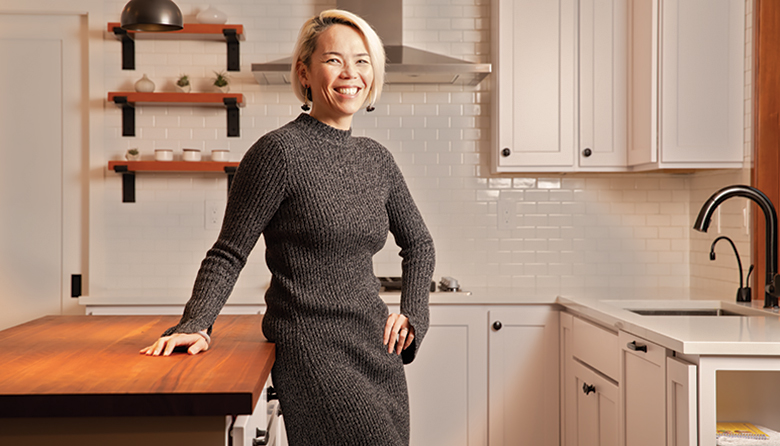 Kat Holmes grew up in Oakland as Kathleen Wong. Her husband, when they were still dating, called her Kat the only nickname that ever stuck. She was Microsofts principal director of inclusive design until 2017, when she left to start her own firm. During that time, she also wrote a book titled Mismatch: How Inclusion Shapes Design. She finished writing the book in December 2017. A few months later, Google came calling. Today, Holmes splits her time among Google offices in Kirkland, Silicon Valley, New York and Los Angeles, paying close attention to the platform of tools people use to create and share information.

Our family was multiracial and the choice my parents made was to raise us my sister and me around a lot of other multiracial families. We talked a lot about diversity.

Midway through high school, my parents divorced and my mom, my sister and I moved out to the suburbs. Suddenly, I was one of five nonwhite kids in the school. It was a dramatic shift. At 16, I had my first real encounters with racism, neo-Nazism. That became a formative time. I got really activated. I got really angry. Its the first time I used writing to express that anger.

I went super deep into math because my social life was completely different in this new environment. It gave me a degree of confidence that led me toward a career in STEM.

I went to UC Berkeley [in 1995], studied orthopedic biomechanics and material sciences. I wanted to design prosthetic limbs a human-focused technology. That part of my education was so challenging because it was an emerging field like biotech at that time.

My education and my career have been about the intersection of design and business and diving into where theres an emerging white space. Its what led me to Microsoft [in 2008, after eight years at Tektronix in Portland].

My first job at Microsoft turned out to be their first deep dive into making mobile phones. It was like a candy store. It was a startup environment that gave me a peek into that entrepreneurial experience, even though it was inside a large company.

That project famously failed but it evolved into Windows and all the operating systems at Microsoft. When you see the relationship and the connections between things, its not the loss of something [thats important] as much as a rolling of the skills of those teams into the next thing to pursue.

We all experience different types of exclusion, limitations in using a device. Could we learn from people who experience exclusion on a regular basis by rethinking accessibility through the lens of interaction design?

After nine years at Microsoft, I quit my job.

There was enough response to a toolkit we published that we were getting requests from other companies looking for information on how to do these practices.

I seized a moment to go be curious. What would I learn from spending time with many different companies and understanding why inclusion matters to them?

A week after I quit my job, I got a call from MIT Press with an invitation to write the book. I gave myself a six-month deadline.

I was building my business and writing at the same time. I found that companies were often struggling with how to design more inclusive products.

My strong belief is that by reframing inclusion as a necessity to business, rather than as the right thing to do, we understand how exclusion negatively affects our business, how leaving communities out of our businesses will fundamentally impact the bottom line.

People will say technology is moving so much faster than they are. That is one of the greatest inclusive design challenges we have coming in the next decade: how we think about that meeting up between the way a person thinks and learns and how a product supports and meets that person where they are.

Last spring, while building my business and determining what its focus would be, I attracted the interest of several companies. Google stood out to me because of the scale. One thing I missed was working with teams and producing something that really reached a large number of people. I had gotten used to that at Microsoft.

Im working in one of the core businesses at Google, the advertiser platform. As Ive been working on inclusive design, one of the things that became a destination in my thinking was economic inclusion. What are the great economic drivers of the digital economy? How well are they designed to work for everyone?

I knew very little about advertising. Thats the part of the internet that I dont think about. Because I immediately had that reaction, it made me curious.

Its a candy shop again. I get to work on a lot of different complex problems with a talented engineering team, a talented design team.