The board of the Tacoma-based company is one of this year's winners. 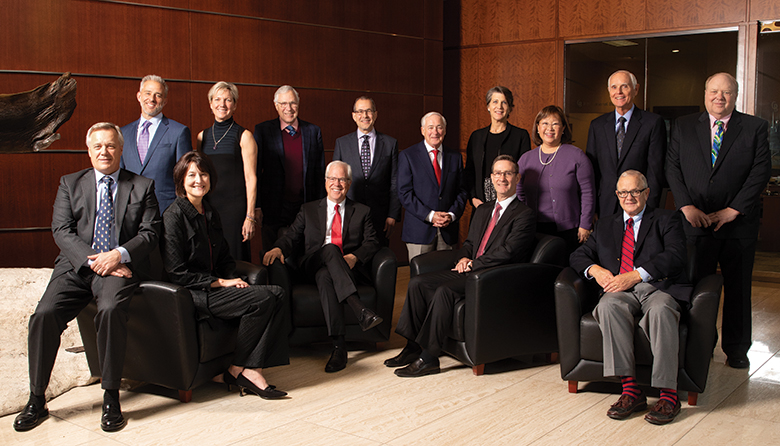 Melanie Dressel was the public face of Columbia Bank, the executive who guided the Tacoma-based financial institution through the economic crisis of a decade ago. Her unexpected death in February 2017 had the potential to be hugely disruptive to the bank and its customers, employees, investors and the communities in which it operates. It was a blow that came out of nowhere, remembers Craig Eerkes, president of Sun Pacific Energy Inc. in Kennewick and now chairman of Columbias board. It was one of those phone calls that just changes everything.

But Columbas board wasnt caught unprepared. It had already begun succession planning in anticipation of Dressels eventual retirement, starting with the selection of search firms to identify internal and external candidates for the CEOs job. One of the top responsibilities of any board is succession planning, Eerkes says. Its where the board is completely accountable, and its decision can have significant consequences.

Then-Chairman William Weyerhaeuser took other steps to make for a smooth transition, Eerkes recalls, including immediate and reassuring communication with various constituencies including a bank Columbia was in the midst of acquiring. The entire board was included on each step in the selection of the next CEO. Eventually, Chief Operating Officer Hadley Robbins was named CEO.

Its a model Eerkes intends to follow as Columbia continues succession planning for its next CEO, talking to search firms and identifying internal candidates who can be given increased responsibilities and opportunities to learn. We want to have that plan in place, he says.