The former Starbucks executive is being honored for his 50-year career, where he helped lead the coffee company from 28 stores to more than 15,000 stores on five continents. 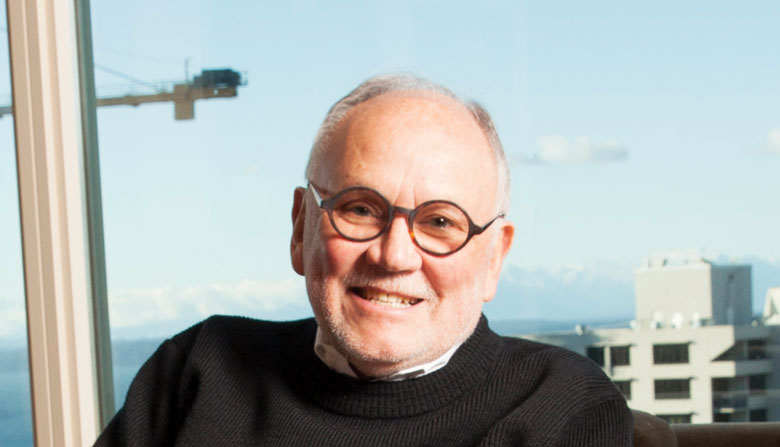 A decade of retirement has only affirmed Howard Behars commitment to his business ideals. The former president of Starbucks now travels the world evangelizing the ways leaders need to lead.

I need to fill my soul every day, Behar muses, so thats what I work on.

His 50-year career is, of course, most notable for the 21 he spent helping lead the coffee company to grow from 28 stores to more than 15,000 on five continents. Behar laid much of the groundwork for Starbucks to become the global, $85 billion empire it is today.

But Behar is equally regarded for the people-focused style he brought to the enterprise, one that sees growers as partners, employees as stakeholders and customers as friends.

As servant leaders, he explains, Were here to serve our people in their journeys and achieve what they want in life. In return, They will work to achieve the goals of the organization. Dont ask them to serve you until you serve them.

Behars view of business traces back to his Seattle youth in the Northeast 45th Street grocery owned by his Bulgarian immigrant father, where neighbors bought on credit in rough times. After graduating from Roosevelt High School, Behar entered the furniture business, rising to executive posts before being recruited by Howard Schultz.

By that time, he had crafted his credo: To live my life every day nurturing and inspiring the human spirit of myself and others.

Behar takes pride in the socially responsible policies he helped craft at Starbucks, such as health benefits for part-time workers, which optimize profits for all.

The hardest thing to do, he observes, is to create trust. It takes time and constant reinforcement.

Its a gospel Behar spreads in two books Its Not About the Coffee and The Magic Cup and as a speaker with the Robert K. Greenleaf Center for Leadership.

Behar also cofounded the Washington Business Alliance in 2010 to bring the best business methods and entrepreneurial thinking to the work of government. The alliance launched PLAN Washington in early 2014 with the goal of making Washington a top-five state in areas of economy, education, environment, governance, health and transportation by 2025.