The board from the Tacoma-based company are winners at this year's awards. 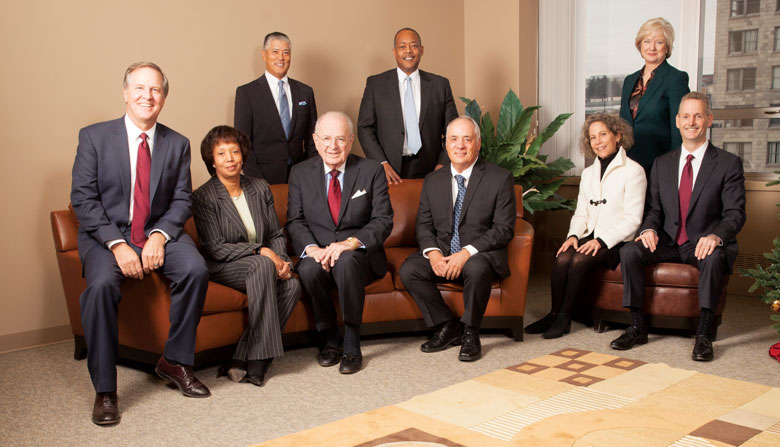 As many companies grow, their boards can have difficulty staying unified. That doesnt seem to be the case at TrueBlue, according to director Jeffrey Sakaguchi.

The publicly traded contingent staffing and recruitment company for blue-collar labor and skilled trades has thrived on boom times. Originally founded as Labor Ready in 1987, TrueBlue has grown to annual revenues of nearly $3 billion a year. In that time, the companys board has maintained its principles, receiving among the highest marks for corporate governance from Institutional Shareholder Services. TrueBlue gets especially high scores for its policies on shareholder rights, equity compensation and oversight.

Sakaguchi attributes these achievements to TrueBlues origins as a small company fostering an intimate culture with common goals and a passion for customers and shareholders.

You can really feel it, he says. Its palpable the way the board and management team executed their responsibilities to keep things going in the right direction. Most members of the nine-member board of directors are independent and elected by shareholders.

Sakaguchi notes that they bring a broad matrix of skills, often representing the industries of TrueBlue clients. Rather than recruiting celebrity members, the board is much more content with people who want to work hard and understand the business from the shareholders perspective.

Its also a board that is diverse for the region, with three of its nine seats held by women and three by persons of color. That action is deliberate, Sakaguchi says, the result of initiatives to better reflect the kinds of workers it introduces into the marketplace.

We really are committed to helping TrueBlue evolve into the company of the future, Sakaguchi says, whatever that might be.