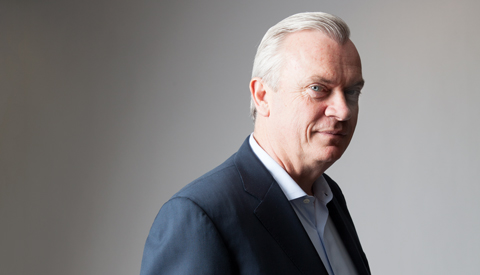 He may be at the helm, but Stein Kruse feels more like a steward of the 143-year-old cruise ship franchise. Im here on a semi-temporary basis, he says with perspective, aiming to take over something good, make it better and hand it over to somebody else. That modesty belies his lengthy tenure with Holland America Line, having come aboard in 1999 to head fleet operations and eventually rising to lead the newly formed brand group as CEO in 2013. Kruses efforts at Holland America Line fueled an aggressive expansion. It now operates 14 ships that embark on more than 500 sailings a year, visiting all seven continents. The vessels of Holland America Groups other carriers Princess Cruises, Seabourn and P&O Cruises Australia bring the total of passengers served each year to 25 million on 39 cruise ships operated by more than 50,000 employees. Kruse, who was born in Norway, places a lot of weight on listening God gave us two ears and one mouth for a reason, he says as being essential to fulfilling his goals of collaboration, cooperation and coordination. Its especially important in aligning the company across diverse geography, he notes, and he includes the travel agent community in those conversations. Even after such strong expansion, Kruse sees plenty of room for more. He cites emerging interest from Asia and South America, as well as more recent penetration into the European market. Eight more ships are coming in the next five years, including the Majestic Princess dedicated to serving Chinese travelers. Were committed, Kruse says, to expanding the business and stepping into new markets.