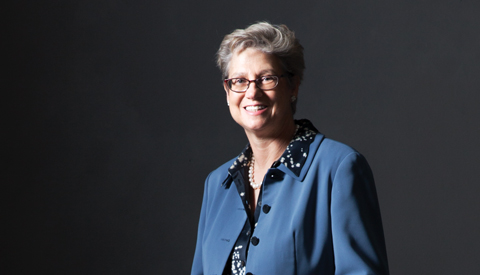 Its not hard to see the impact Ada Healey has had on Seattle in the past 15 years. Just take a stroll down Westlake Avenue or Mercer Street in the heart of South Lake Union. As the director of all real estate investment activities for Paul Allens Vulcan Inc., Healey has helped drive that neighborhoods revitalization into a regional hub of the technology industry. The exceptionally experienced investment manager oversees those 60 acres of holdings, having catalyzed $8.5 billion of private and public investment in development projects and infrastructure in the former light industrial neighborhood since 2004. Vulcans impressive roster of tenants includes Amazon.com, the University of Washington School of Medicine, Google, PATH, Microsoft and the Center for Infectious Disease Research. We have been very thoughtful as we have advanced our development, Healey says, noting that the redevelopment has contributed to the creation of 25,000 net new permanent jobs. Having these major tech players here is great for the region. No less vital, says Healey, is Vulcans attention to environmental impacts. In accordance with Allens priorities, many of Vulcans new construction projects are LEED certified, numbering in Seattle more than any other private developer. At last years Clinton Global Initiative America meeting, Healey announced the first Salmon Safe developer accreditation program to protect urban watersheds. She also built a partnership with Seattle Public Utilities to create a biofiltration swale that will naturally reduce pollutants in 90 million gallons of stormwater flowing into Lake Union. Healey continues to diversify Vulcans holdings, branching into sites like Yesler Terrace and downtown Bellevue. The emphasis remains resolutely local and focused because, as Healey notes, We as a community need to be smart about how we grow.