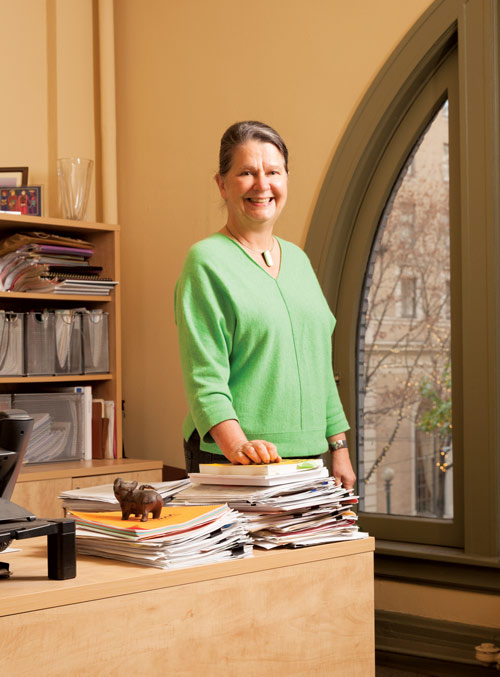 During her three decades leading the regional branch of the YWCA, Sue Sherbrooke has learned how talk and action go together.

I have really come to understand and embrace the connection between the direct service work we do and advocacy for the women we serve, she says. Expanding housing options for women, she notes, goes hand in hand with breaking down barriers of race, gender and class.

Under Sherbrookes leadership, the YWCA has grown to own and operate more than 900 units of affordable housing, where nearly all people served qualify as low income, and six of 10 are women of color. That intentional choice has been a consistent track in her career, from serving as deputy director for a capital campaign to acquire properties to her stepping up as CEO in 2004.

In that time, Sherbrooke learned how many women in the YWCAs housing programs, especially those of color, faced barriers because of encounters with the criminal justice system that block them from housing and employment. This led her to advocate in Olympia for changes in legislation, including options to pay outstanding fines through community service.

Looking to her pending retirement, Sherbrooke is optimistic that her successor will join a strong organization that can continue to seek to eliminate racism and empower women. In human services, she notes, one never lacks for issues.