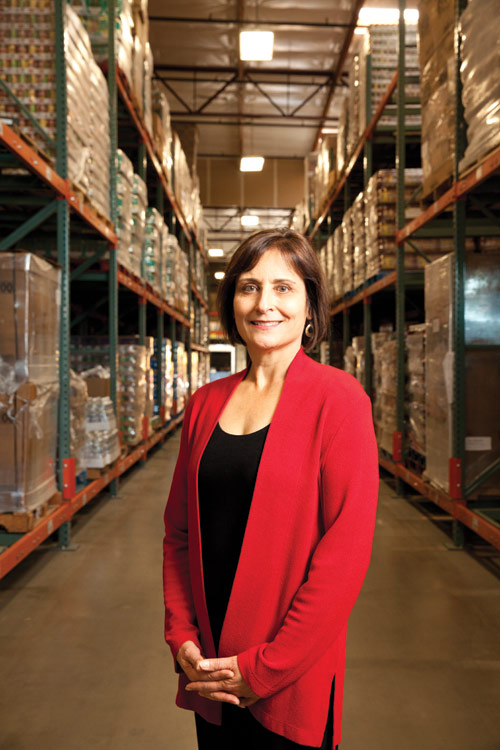 Shelley Rotondo has had a remarkably focused career, fighting hunger in the state of Washington for 23 years. I guess Im pretty lucky, she says about trying to make a difference, because thats been a thread throughout my whole life.

As the CEO of Northwest Harvest since 2001, she has helped significantly grow the agency, strengthening its infrastructure and building a 94,000-square-foot food processing plant and distribution center to serve a statewide network of 350 food banks and other meal programs. Today, Northwest Harvest distributes 26 million pounds of food in Washington, where one of five people struggles with hunger.

We are breaking all sorts of records at Northwest Harvest, Rotondo says, both in terms of food distributed and community support.

Rotondo laments that the need for hunger relief has become greater since the economic downturn of 2008. In fact, many past donors became recipients of aid. The improved structural strength of the agency has helped meet this need, and she sees Northwest Harvest playing a greater role in education and advocacy. We need to be part of lifting up causes and coming up with solutions, she says.

In the meantime, though, she offers this sobering reminder: People cant wait to eat.