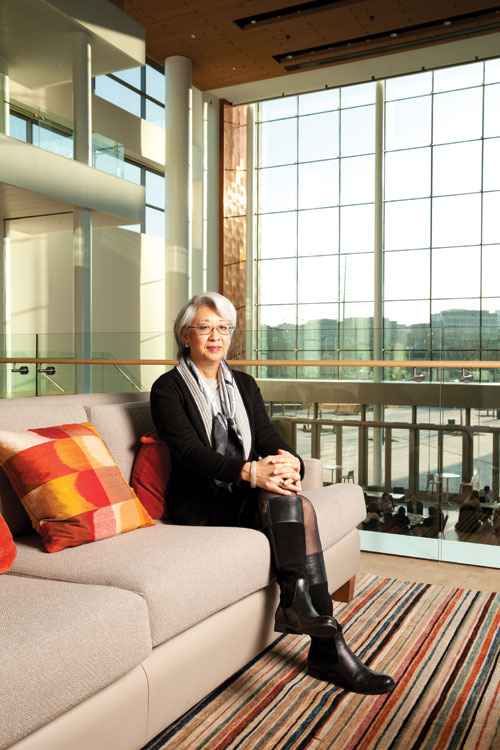 Lifetime Achievement award recipient Martha Choe believes leadership is about finding, encouraging and nurturing the right people. Or, as she puts it: Giving them wings to fly and doing what you need to do to support them.

Choe, who celebrates her 10th anniversary with the Bill & Melinda Gates Foundation this year, has led the way in private industry, in civil service and in the nonprofit sector. Jeff Raikes, who is leaving the Gates Foundation soon after five years as its CEO, calls Choe his all-star utility infielder for her versatility and her ability to succeed continually, no matter the task.

As chief administrative officer of the Gates Foundation since 2008, Choe has supervised the organizations rapid progression to more than 1,000 employees, most of them now housed in a signature two-building Seattle complex shes responsible for.

Choe served as director of the Washington State Department of Community, Trade and Economic Development now the State Department of Commerce from 1999 to 2004, and then joined the Gates Foundation as director of the Global Libraries Initiative. Having also served two terms on the Seattle City Council, as an executive with the Bank of California and as a high school teacher in Eugene, Oregon, Choe has distilled her leadership philosophy to a simple rubric: You have to understand its not about you, she says. Its about getting things done in a way thats respectful and done in a way that takes into account that youre dealing with people.

In October, Choe agreed to serve as chair of the board of trustees of The Seattle Foundation, and in November/December, she co-chaired the transition team for Seattles new mayor, Ed Murray. Leadership tasks just seem to find Choe, who says she has never predicted or charted what would come next in her career. A warm, engaging manner and a sincere interest in the abilities of others would seem to pave a broad path of opportunity.