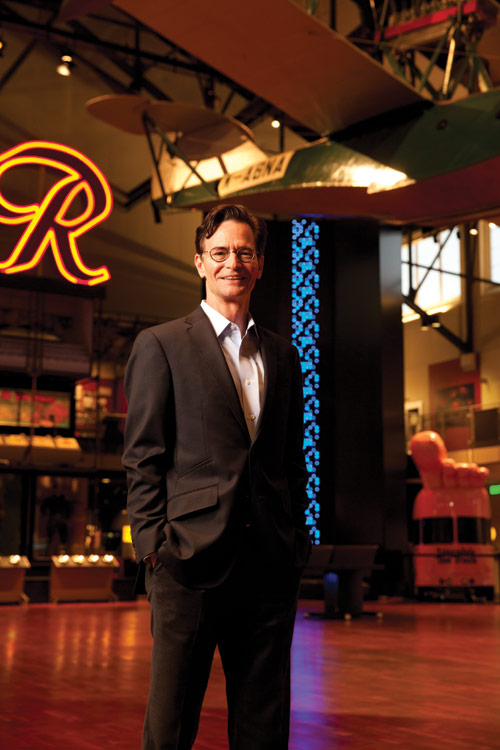 For a man who runs a resource dedicated to Seattles past achievements, Leonard Garfield thinks a lot about the citys future.

Some of that future is about his own Museum of History and Industry, or MOHAI. Garfield oversaw the recent move from the museums longtime home in Montlake to a new home on the south shore of Lake Union, refreshing its exhibits and bringing together its scattered collections to a new resource and conservation center in Georgetown.

Were reaching record numbers of visitors and students, says Garfield, and we want to extend even further. Its a long-term commitment.

But he doesnt see those exhibits and resources as frozen in time. We look at history as something that is happening today, he explains. We are making history.

As we confront issues from improving schools to transportation, Garfield believes that MOHAIs records of the past provide ideas and explain how things became as they are. History is a tool we can use as a community to make better decisions going forward.

Garfield sees the museums initiatives, including the new Bezos Center for Innovation, engaging the 25,000 students who now visit annually. They cannot only connect with the story of where weve been, but [also] get excited about where we are going.