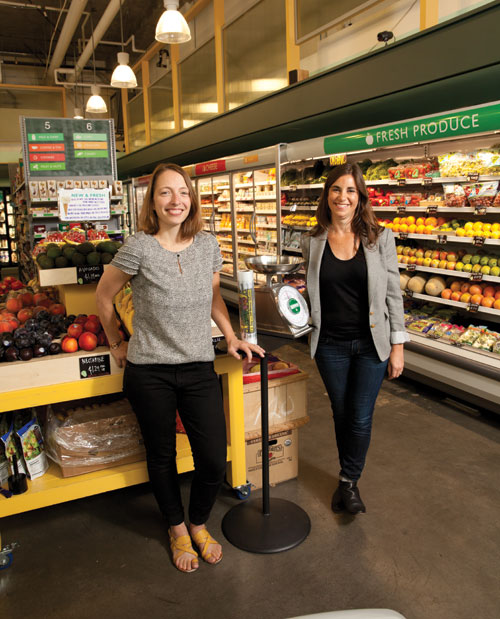 Stockbox is a first-of-its-kind urban grocery, designed to combat the growing trend of large grocery chains abandoning low-income urban locations across America. (An estimated 23 million Americans most of whom are poor live in food deserts, without easy access to fresh, whole foods.)

Stockbox is the brainchild of Carrie Ferrence, who created a business plan while studying at Bainbridge Graduate Institute in 2010, and cofounder Jacqueline Gjurgevich. They aimed to bring competitively priced fresh vegetables, fruits and healthful food choices back to Seattles low-income neighborhoods choices that simply dont exist within the convenience stores that are so prevalent in such areas.

In 2011, the company opened its first retail location inside a 160-square-foot shipping container in the Delridge neighborhood of West Seattle. Since then, Stockbox has opened larger stores in South Park and First Hill and has served more than 10,000 local residents and 15,000 local workers. Along the way, Ferrence and Gjurgevich were named fellows in the Echoing Green program for social entrepreneurship, were invited to the White House twice and received significant national media coverage for their efforts.

Although the South Park location recently closed, the First Hill location continues to provide Stockbox with a model for future growth and continuing impact.