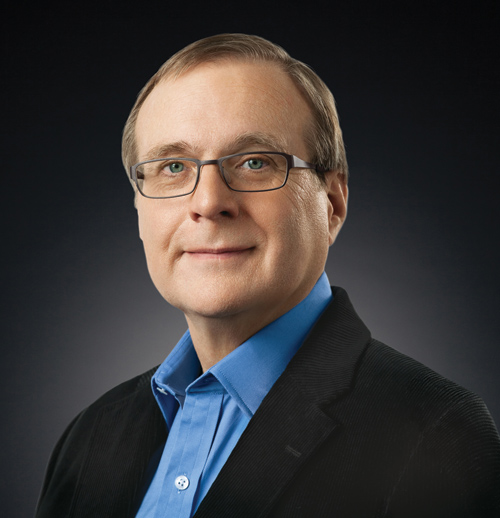 Paul Allens business achievements are the stuff of local legend:

The Microsoft cofounder and Vulcan chairman is the man behind the transformation of Seattles South Lake Union neighborhood.

He rescued the Seattle Seahawks in 1996 and turned the football team into the regions most successful sports franchise.

He is the driving force behind a host of world-changing ideas and organizations.

To date, Allen has donated more than $1.5 billion to charitable causes. A large chunk of that money has been spent close to home, including major grants to the University of Washington and Washington State University. Since 1988, the Paul G. Allen Family Foundation has provided almost $500 million in support of bright spot organizations in the Northwest and beyond, focusing on education, arts and culture, libraries and financial empowerment.

In South Lake Union, Allens Vulcan Real Estate has undertaken more than 24 projects and created a vision for a sustainable, walkable community that has catalyzed more than $5 billion in development and infrastructure investments, doubling the number of neighborhood jobs to 35,000. That increase has resulted in an estimated $100 million in new, recurring tax revenue for the city of Seattle. Ten thousand more new jobs are expected in the next decade.

Its hard to imagine this city or this region without the labor and the largess of Paul Allen. Thanks to his vision, his dedication and his spirit, Washington is culturally, socially and economically a richer and more diverse state.