The 2014 Community Impact Awards: Business of the Year, Midsize Companies 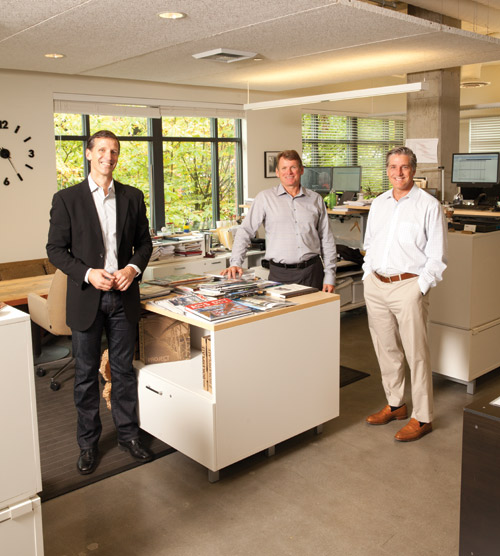 In Seattle, Sellen is an icon of quality construction. Sellen has been building here for 70 years and has become the largest locally owned commercial construction firm in the Pacific Northwest. The company has been supporting local charities since the beginning and now donates an average of $525,000 to nonprofit causes each year.

That spirit of giving is contagious: In 2013, Sellens employees gave more than $246,000 to charities like ArtsFund, the United Way and the Puget Sound Heart and Stroke Walk.

Volunteerism is popular here, too. Each year, about 10 Sellen employees serve as volunteer mentors for Seattle high school students interested in architecture, construction and engineering. From 2011 through 2013, the companys builders contributed more than 2,000 hours of work to Habitat for Humanitys Rainier Vista project.

Sellen CEO Bob McCleskey understands why his staff feels empowered to give back.

[Our employees] see us putting our money where our mouth is, and giving not insignificant amounts of money and support to some great causes, McCleskey says. It makes people feel good. And thats one of the important parts of why people like to work here.

Founded in 1953 as a food-buying club for 15 Seattle and Renton families, PCC has grown into the nations largest natural foods retail cooperative, with 10 locations, 1,100 employees and 52,000 members. Along the way, PCC has become an industry leader in social and environmental awareness. In 1985, it began a neighborhood food bank program that now donates more than 35 tons of food each year. And in 2007, PCCs Redmond location became the nations first LEED-certified grocery store.

Xtreme Consulting Group takes its corporate citizenship seriously: Last year, the company contributed generously to charitable organizations $375,000 to more than 30 nonprofits in the past year and it sponsored more than 20 community fundraising events. The Xtreme Cares volunteer program is among the industrys finest: Xtreme awards a $350 grant for every 20 volunteer hours an employee serves at a given organization, and an annual Volunteer of the Year award sends the companys top volunteer on an all-expenses-paid service trip of his/her choice.