Editor’s Note: A Gang of Green 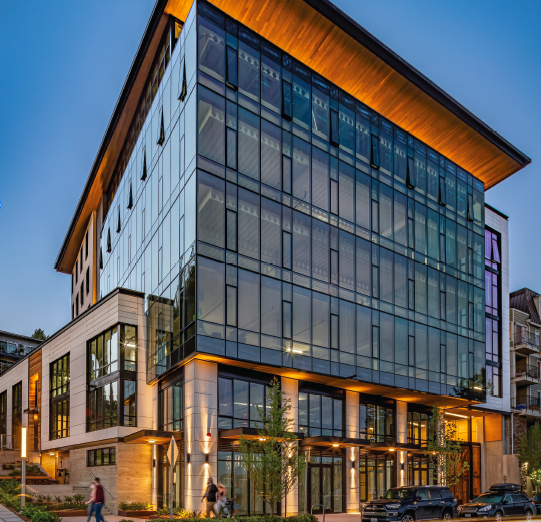 Though Climate Pledge Arena generates most of the headlines, the real push to combat climate change in Seattle is nestled into neighborhoods across the city.

This issue alone contains no fewer than four stories detailing the efforts by neighborhood advocates and developers around either sustainable building or adaptive reuse, roughly defined as repurposing old buildings for the future.

You know the Fremont neighborhood for its trendy cafes, unconventional culture and off-kilter vibe. You may not know that the 12,000-person neighborhood is a hotbed of green building and has been for some time. You may not know that Pioneer Square, the citys oldest neighborhood dating back some 170 years (OK, I know early settlers spent a winter in West Seattle first) has become a development darling, with numerous residential and commercial adaptive reuse projects underway or in development.

It may also surprise that both areas are generally accepting of new development, at least as long as it maintains the character of existing buildings and honors the culture of the neighborhood.

Seattle has also become a leader in the passive house movement, a style that empha-sizes energy efficiency and heightened ventilation that significantly reduces the carbon footprint of a home. One project, apartment community Pax Futura, last year became the citys first development to receive certification from the Passive House Institute U.S. And the magazines ongoing partnership with the local chapter of the American Institute of Architects again showcases a home, this time in the Leschi neighborhood, renovated with natural, sustainable materials.

Its all best for the planet and carries positive implications for Seattle neighborhoods, workers and businesses.

The U.S. Environmental Protection Agency says deconstruction rather than demolition can save 90% of a buildings materials. Another study by Gensler & Associates, an integrated architecture and design firm, finds that adaptive reuse mitigates emissions and is cheaper than demolition and new construction.

Specific design trends we are already seeing include those emphasizing well-being like access to the outdoors, says Ryan Haines, principal and co-managing director of Gensler Seattle. Another is to reconsider underutilized plazas or space between the sidewalk and the buildings entrance.

Thats exactly what property management and asset firm Stephen C. Gray & Associates sought to do with the Watershed Building in Fremont, which opened two years ago. At some point, a streetscape entrance to the building will become a public space. The building features an atrium in the middle that acts like a chimney, creating a natural air flow. Stairwells are a key feature, as are exterior blinds that produce air flow.

Im from Seattle, born and raised. I care about this city, says Mark Grey, principal and property manager. We want to do right by the community.