The bank opened its doors in November 1869 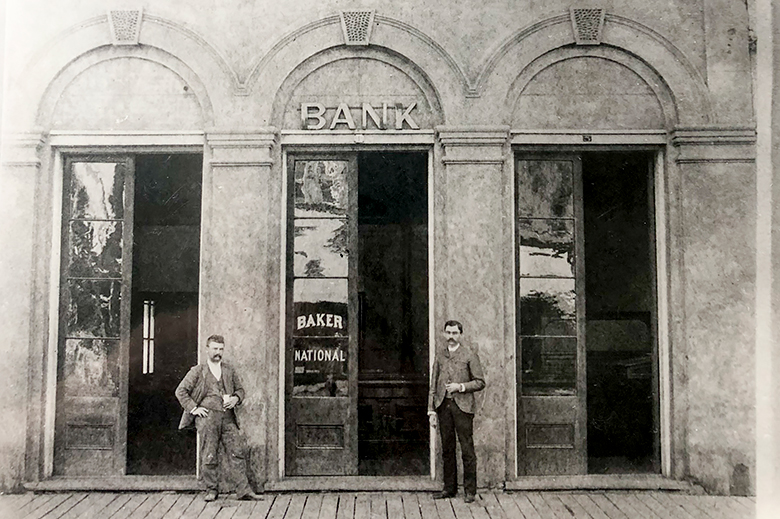 Walla Walla is a city of about 33,000 located in southeastern Washington about a four-and-a-half-hour drive from Seattle. Its also a window into the past as the home of the 150-year-old Baker Boyer National Bank the oldest independently run bank in the state.

It opened for business on Nov. 10, 1869, only four years after the end of the Civil War, when Washington was still a territory. In fact, Baker Boyer is older than many of the nations most recognizable corporations, including Atlantic Richfield (better known as ARCO), incorporated in 1870; American Telephone and Telegraph (the original AT&T), established in 1885; and IBM, founded in 1911.

The bank traces its roots back to two entrepreneurs, Dorsey S. Baker and John F. Boyer, who started out in the late 1850s in Walla Walla as merchants selling supplies to a stream of miners as they headed to newly discovered gold veins in Idaho.

The duo also allowed returning miners to store their newfound gold in their stores safe. Baker, a physician by training, and Boyer, a former gold miner who married Bakers sister, Sarah Elizabeth, eventually sold the general store and, recognizing the value of the gold-safekeeping services offered to the miners, launched a bank that six generations later is still owned and operated by Bakers descendants.

Today, the 190-employee Walla Walla-based Baker Boyer has some $590 million in assets and a network of seven branches in four cities.

Editors Note: A book about Baker Boyer and its six generations of family ownership was recently published. More information about the book, “150 Years a Pioneer,” can be found here.