Some 130 Years After the Great Seattle Fire, Pioneer Square Is Still a Hot Neighborhood 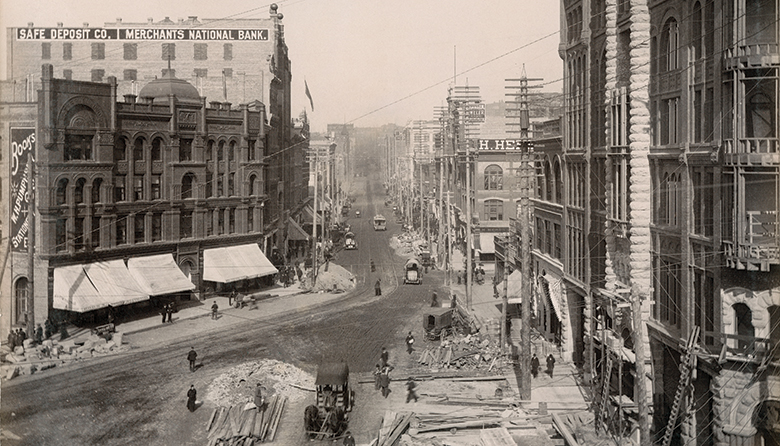 Known as Seattles original neighborhood, Pioneer Square dates back to 1852. After surviving the Great Seattle Fire of 1889, it flourished with the Klondike Gold Rush, as an estimated 100,000 prospectors descended on the Klondike region of the Yukon in Northwest Canada. In May 1970, the city declared Pioneer Square a historic district.

Pioneer Square today is home to some of the citys oldest buildings, including the Klondike Gold Rush National Historical Park and (pictured above on the right) the Pioneer Building which was built immediately after the fire and is now a coworking space. Businesses are increasingly flocking to the neighborhood for its trendy urban amenities, including bars, restaurants and retail shops. Timber giant Weyerhaeuser Co. moved its headquarters to the neighborhood three years ago, and The Stadium Place development also is transforming the neighborhood. Upscale apartment buildings now overlook CenturyLink Field, and last year, iconic restaurant 13 Coins and an Embassy Suites by Hilton opened there.