An unlikely alliance is pointing out how immigration reform would aid the economy. 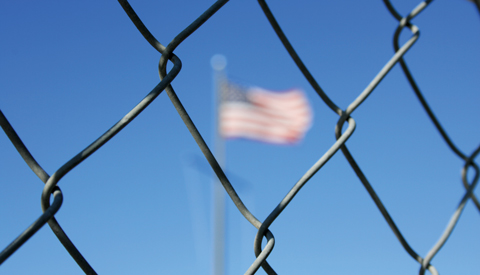 The United States has long been schizophrenic on the issue of immigration, says Washington Technology Industry Association (WTIA) CEO Michael Schutzler. As each new wave of arrivals played critical roles in the nations economic growth, their presence often generated fear and disdain.

Recent anger toward Muslims and Mexicans expressed at presidential candidate Donald Trumps rallies are exceptional only in that the sentiments come at a time when immigration has actually been on the decline.

When it comes to Washington state, a key concern is the need for more talented tech workers. We dont have enough people to fill our needs, says Maud Daudon, CEO of the Seattle Metropolitan Chamber of Commerce. In Seattle in 2014, seven tech vacancies existed for every unemployed tech worker.

While many have criticized H-1B visas granted to technology workers as taking away jobs that could go to native-born Americans, the report points out that only 8,000 of the 275,000 people working in Washingtons tech industry possess such visas. Meanwhile, the report argues that each foreign tech worker employed creates an additional two to three jobs for native-born Americans.

Each graduate-level STEM worker employed creates an additional 2.6 jobs, yet the United States turns away half of all foreign born Ph.D.s coming out of U.S. institutions, says Matt Oppenheimer, CEO of Remitly, a Seattle startup that offers a cheaper way for foreign workers to send money back to their families.

With each generation of immigrants leaving the agricultural workforce in search of year-round jobs that dont require travel and outside work, Washingtons farmers also depend heavily on new immigrants, says Michael Gempler, executive director of the Washington Growers League, a Yakima organization that represents Washington farmers. A reduced workforce, he says, is causing more agricultural production to move offshore.

A 20 percent reduction in the number of new field and crop workers immigrating to the United State between 2002 and 2014 resulted in $3.1 billion less production of labor-intensive crops like fruits, vegetables and tree nuts, according to the Partnership for a New American Economy report. That production, the group says, would have led to an additional $2.8 billion in spending and created an additional 41,000 jobs.

Locally, says Gempler, lower agricultural production threatens to reduce not only the acreage of fields planted but also investment in factories to process that food. Particularly hurt, he says, are small farmers who dont have the resources to navigate the complex and costly process for getting workers into the country legally.

SOURCE: The Contributions of New Americans in Washington, by The Partnership for a New American Economy