Only Two People in the World Are Worth $100B or More, and Both Live in the Seattle Area 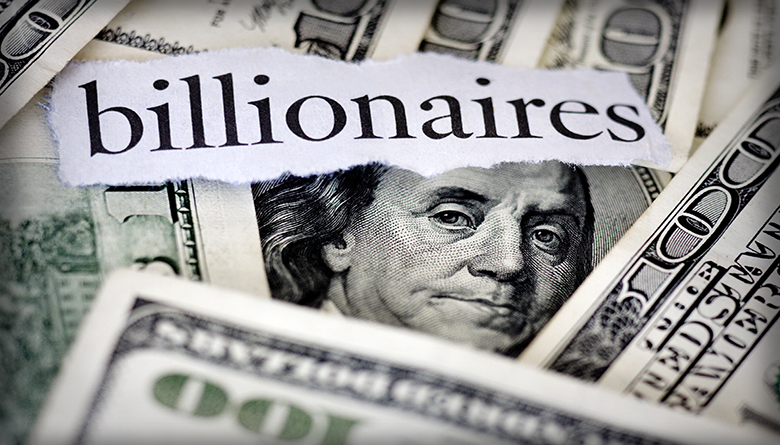 Three of the 20 richest people in the world live or have roots in the Seattle area and collectively are worth nearly $300 billion, according data compiled by the Bloomberg Billionaires Index and current as of March 20.

All three of the individuals have seen their wealth expand since the beginning of the year, propelled by a robust stock market with the collective gain year to date totaling nearly $36 billion.

The mega-billionaire business leaders linked to the Seattle area include, No. 1, Jeff Bezos, founder and the largest shareholder of online retail behemoth Amazon, with a total net worth of $146 billion; No. 2, Bill Gates, co-founder of software giant Microsoft, with a net worth of $100 billion; and No. 16, Steve Ballmer, former Microsoft CEO and owner of the L.A. Clippers NBA franchise, with a net worth of $44.3 billion.

The three Seattle-linked individuals making the list may come as no surprise, but Bloomberg offers some random facts about each that might be enlightening. In the case of Bezos, he learned how to castrate cattle while working on his grandparents ranch in Texas. Gates apparently likes to play cards (bridge) with fellow billionaire Warren Buffett, ranked No. 4 on the billionaires list. And Ballmer, Bloomberg notes, joined Microsoft as employee No. 30 in 1980.