Greater Seattle Unemployment Plunges to 4.1 Percent in August from 4.4 percent in July

Numbers improve in spite of a labor force increase of 8,000 people in the Seattle/Bellevue/Everett region. 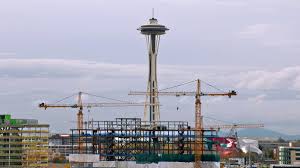 You’ve seen the cranes and been stuck in the traffic. Now look at the numbers. The unemployment rate in the Greater Seattle region including Seattle, Bellevue and Everett fell to 4.1 percent in August from 4.4 percent the month before in spite of an increase of 8,000 people in its labor force, according to Washington’s Employment Security Department. In the full year leading up to August 2016, Washington state added 95,300 jobs when the numbers are not seasonally adjusted. The private sector drove most of the job growth, adding 81,500 jobs statewide. Manufacturing, which saw employment fall by 4,500, was the only sector to report job losses.